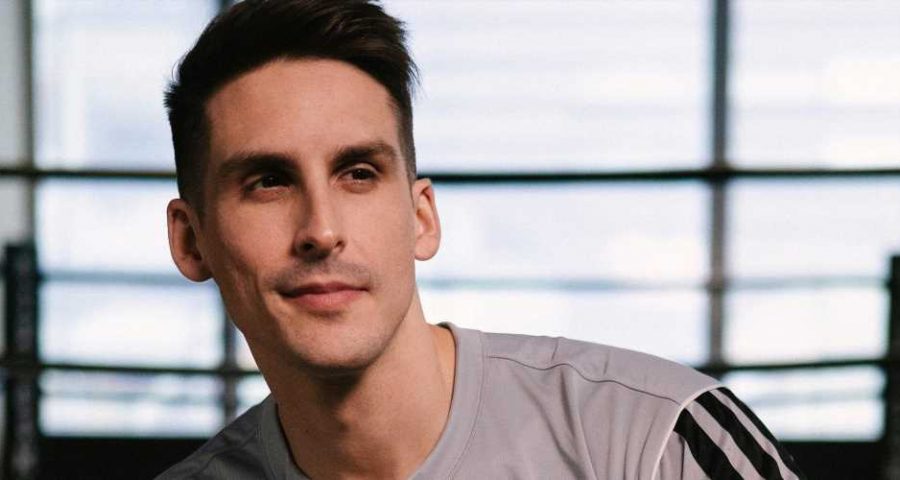 Last year's lockdown shot fitness platform Peloton to global fame, making it a household name with a months-long waiting list for their coveted bike. The brand's instructors were also launched to stardom and given powerful platforms seemingly overnight. After all, many people saw their favorite Peloton instructors more than anyone else in the thick of quarantine, turning to them for motivation to work out but also as a form of therapy during such a heavy time.

One Peloton instructor who quickly won over the hearts of America on and off the bike for his unapologetic sense of self, positive attitude, hilarious banter on the bike, and occasionally sassy remarks? Cody Rigsby. So it was really no surprise when the former professional dancer was cast as a star on this season of Dancing With the Stars. Now, Rigsby has made it to the final four — and will compete for the Mirror Ball Trophy on Monday night's finale. But for anyone who is a fan of Rigsby or DWTS, you know that it hasn't been the easiest journey for the Peloton favorite. Early on in the competition, both Rigsby and his professional dance partner Cheryl Burke tested positive for COVID (Rigsby's second time contracting the illness this year, despite being vaccinated), resulting in dances learned via Zoom and performances on video from their respective living rooms hundreds of miles apart, albeit impressively in sync.

"I don't think people really saw the magnitude of that situation," Rigsby told me over the phone. "Setting up an entire production in my living room by myself was stressful as hell. And you didn't know how people were going to receive it or if we were going to make it through the competition."

DWTS, which is currently in its 30th season, is not for the faint of heart, even without a COVID diagnosis. Add in all the symptoms that come along with Covid, like shortness of breath, brain fog, and fatigue (all side effects Rigsby experienced during and after) on top of the show's grueling schedule and it's enough to push anyone to a breaking point. Oh, and did we mention he continued teaching Peloton classes each week throughout filming? In fact, he cites the competition show, which includes daily rehearsals and weekly performance, as one of the most challenging things he's ever tackled in his entire life — even for someone fit as Rigsby.

"I'm someone who takes on a lot — I'm a high output individual, so when I was getting into this process of DWTS, I was like 'Yeah, of course, I can teach my classes and do these rehearsals'. You kind of just jump into it feeling really confident, and then once you get in the thick of it, you're like 'Wow, this is a lot and is taxing on my body'," he says.

Every week, a different part of his body hurts depending on the dance Rigsby adds, (for example, he says the jive wrecked his hip flexors), which is why recovery became so key to the trainer. And with a schedule as jam-packed as Rigsby's, turning to something quick and efficient like Theragun, the deep tissue massage gun, was key. The Peloton instructor and Therabody athlete says he wouldn't have made it through the competition without the help of his favorite Therabody products, like his Theragun Mini and the RecoveryAir Compression System.

"If I'm in the car, I use the mini to go over my quads, knees, and calves to just have that moment of recovery. And on those days where I'm so tired that I don't find the strength to stretch, I can just jump in the boots while I'm watching TV," he explains.

His other favorite self-care indulgence? "I can't believe I'm saying this, but I'd never gotten a facial before this period, so I do really love a facial now. Even if it's just an hour to sleep it's so relaxing," he laughs. Despite the COVID run-in and perpetually sore muscles, Rigsby has remained positive week-in and week-out, always showing up to the ballroom with a smile on his face prepared to leave it all out on the dance floor. He attributes that optimism to support from his fans and the camaraderie of the Peloton community.

"I love the fact that what I do helps people in so many different ways: physically, emotionally, mentally, and so it's really a privilege getting to teach my classes and inspire people to be their best selves and live authentically and find out who they are through movement through fitness," he says.

Win or lose, Rigsby hopes everyone takes one lesson away from watching him perform: "I just want people to remember that even in down times you can find your joy, you can find a reason to be happy."