When Hermès debuted the Twilly scarf in the 1930s, it quickly became a chic alternative to the classic versions the brand is known for. Women would wear these long, narrow silk scarves with a different attitude—casually worn as a bracelet, tied onto a handbag, or worn as a ribbon in their hair. “There are girls who play fast and loose with the Hermès codes—I see them in the street, and they’re in my family,” says Hermès’s in-house perfumer, Christine Nagel. “They reinterpret [the classics] and make them their own.” 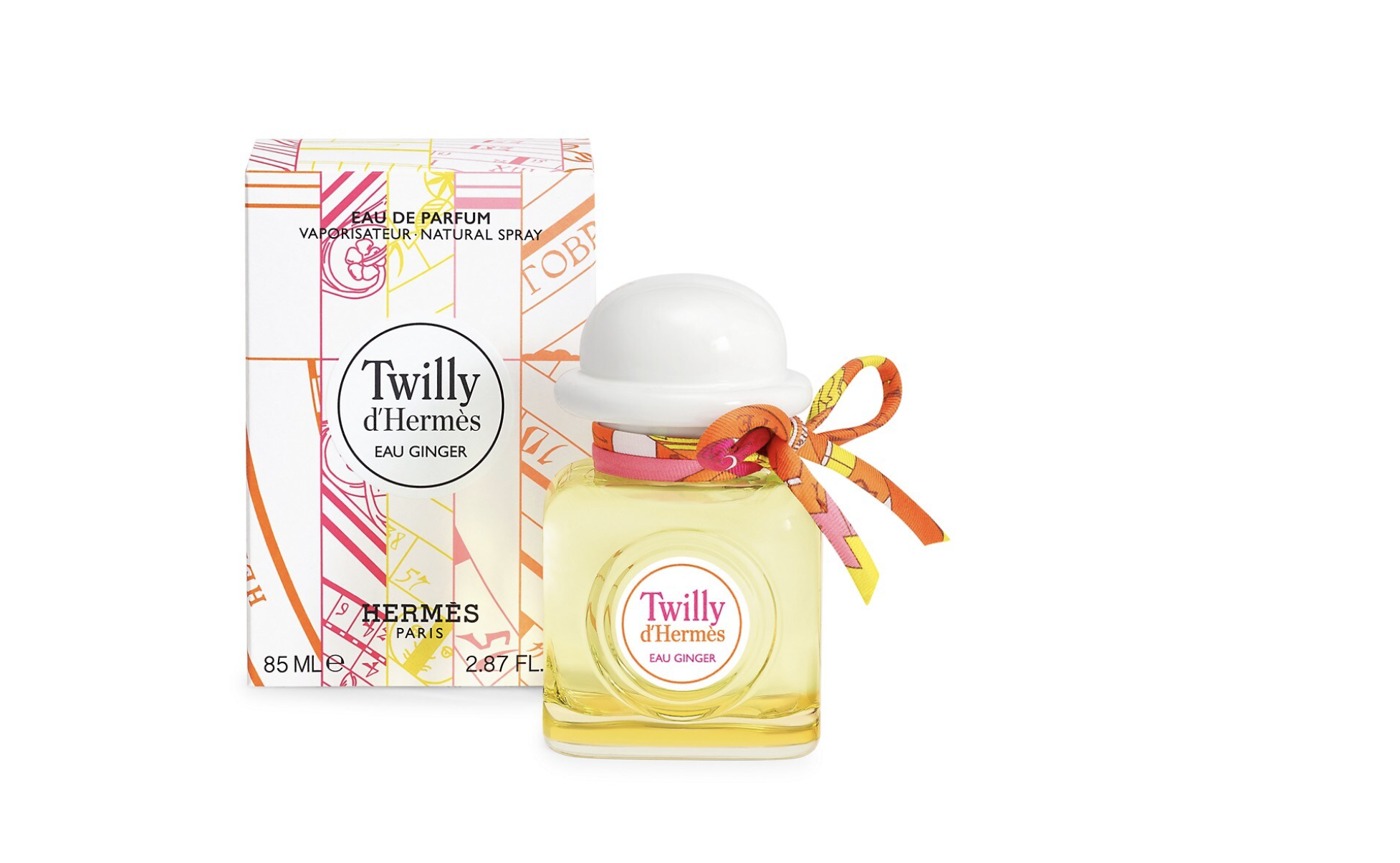 Nagel created a fragrance collection with the very same spirit: The Twilly collection. Less precious and more playful than the full stable of Hermés perfumes, Twilly scents are all based on raw materials “used in great abundance,” says Nagel. The first was centered around tuberose, the second pink peony, and the third, and newest, Twilly d’Hermès Eau Ginger.

While ginger is often used in men’s colognes—it has a certain bite and crispness to it—Nagel tempers it with one of the most hyper-feminine flowers on Earth: the peony. This “special and unusual flower” gives the scent an airy, floaty feeling. It’s the kind of fragrance that’s difficult to overuse—it opens up bright, and has a delicate cedar dry down on the skin. It doesn’t overpower, but envelops you and radiates out just enough.

That sort of easygoing, uplifting vibe is exactly the sort of thing people are looking for right now, says Nagel. In 2021, fragrance has a new function: “It should act as a bubble of pleasure around you,” she says.

“We’re living in an unusual time,” she continues. “The global pandemic made us realize that we lost the pleasure of life—that included the sense of smell. Now, it’s more meaningful when you leave a trail of perfume behind you.”