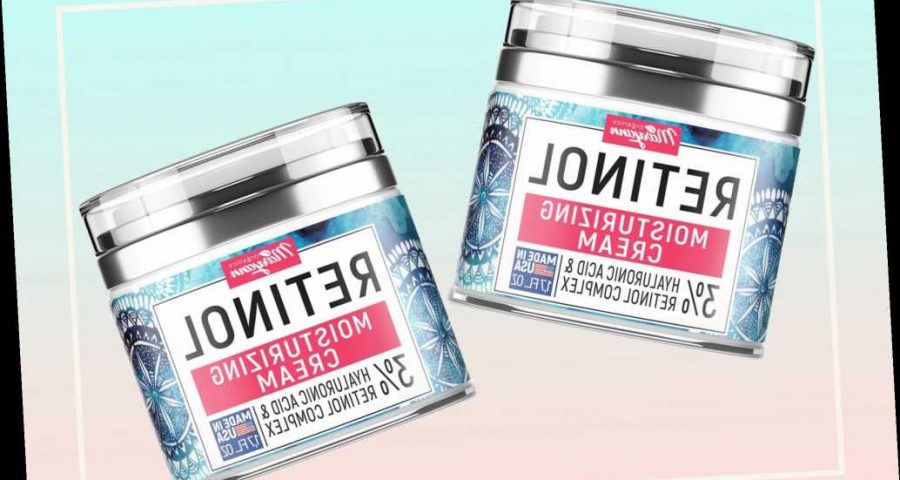 Retinol, a potent form of vitamin A, is hailed as one of the top anti-aging ingredients in skincare. As New York-based board-certified dermatologist Dr. Shari Marchbein previously told InStyle, it's because the powerful ingredient is highly effective at correcting a multitude of issues — including fine lines and wrinkles, acne, large pores, and lackluster skin. Though many retinol creams on the market can be insanely expensive, you really don't need to spend more than $24 on one that really works.

That's because shoppers have discovered one of Amazon's best kept beauty secrets: Maryann Organics Anti-Aging Retinol Cream. The affordable moisturizer has nearly 4,000 perfect ratings from reviewers who say it's "one of the best retinol creams" they've ever used. One person noticed an "insane difference" after just a couple days of use, and claimed whenever they go days without application, their skin changes for the worse.

In addition to retinol, the firming cream is made with nourishing ingredients such as aloe vera, botanical hyaluronic acid, marine collagen, squalene, chamomile, and vitamin E. Though retinol can be irritating to the skin, this dermatologist-approved combination remains gentle on the skin, according to a majority of reviewers. What's more, the list is free of harmful additives like GMOs, parabens, and fragrances. Reviewers say the non-greasy formula feels luxurious despite it's low price point, and have noticed expression lines, dullness, and dark circles were greatly reduced since implementing the cream into their daily regimen.

"I AM NOT JOKING when I say this stuff works," said one shopper. "I've had it less than a week, and every wrinkle or fine line on my face is gone! I was nervous because its base [has] coconut oil, and in the past that's made me break out, but this cream has been nothing but glorious!"

"I'm 45 and an esthetician," wrote another reviewer. "After a little over a month, I couldn't believe how my acne that wouldn't go away finally cleared up, my pores were way smaller and my face just looked better! It even smoothed out some pronounced forehead expression lines! My face glowed, and [there was] no typical peeling from the retinol because the combination of ingredients is balanced well in my opinion. I love that it's natural too!"Don't wait a second longer — grab a jar of the Maryann Organics Anti-Aging Retinol Cream for just $24 on Amazon.