Marvel fans have had a lot of time on their hands as they wait for Black Widow. It’s probably why we’ve had all sorts of theories from previous MCU movies, such as how all the pandas are dead after Avengers: Endgame. But even we never expected a fan theory about… Captain America’s bowel movements.

Yep, you read that right. Reddit user MrTsquared88 has really delved deep into Captain America’s oeuvre to question whether he either has a) really massive turds or b) goes for a number two a lot.

It all stems from a conversation between Steve Rogers and Peggy Carter in Captain America: The First Avenger. He tells her that the super-soldier serum affected his cells, creating a “protective system of regeneration and healing”, and he thinks it means he can’t get drunk.

Peggy notes that Dr. Erskine thought it might be a side effect, and that it’s had another effect on Steve’s body: “Your metabolism burns four times faster than the average person.”

Taking that route to a natural conclusion, the theory argues that since Cap’s metabolism is four times faster, it likely mean he has to eat four times as much food as a ‘normal’ human to keep going.

“But this also means he takes either 1) incredibly massive poops that are four times the size of normal poops. Or 2) he poops four times as often as a normal person,” it continues, adding that the Battle of New York must have been a nightmare as Cap would have “had to go really bad, and wouldn’t have gotten a chance to.” 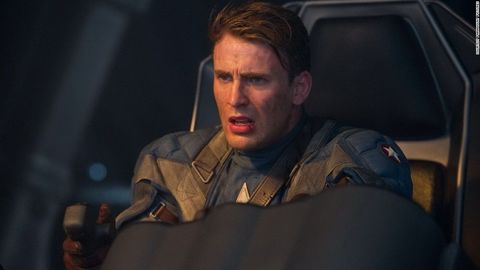 (This would also apply to any major battle in the MCU as they often go on for a while.)

Rather than being dismissed as a load of shit by Reddit users, the gloriously disgusting theory has actually promoted a lively debate as to the mechanics of exactly how Cap craps.

Some argue that maybe Cap just absorbs everything from his food and never needs to excrete it, but another user points out that it would be like having a nuclear fusion reactor in his digestive system – which seems unlikely.

Another adds: “Little known fact: the super-soldier serum’s primary goal was to make soldiers more efficient by eliminating bathroom breaks. All the other stuff was just a bonus.”

Others argue that maybe since the serum has improved everything about his body, maybe Cap doesn’t need to eat four times as much food as his body can absorb more energy from food than a ‘normal’ body, rather than Cap needing to eat more to compensate.

Equally, maybe his “turds have a higher density due to being compressed more”, leading to a longer poo, but not a wider poo, so maybe Cap just has to spend longer on the toilet each time. (We’re truly not making any of this up, we promise.)

It truly is the discussion that we hope will never end. Maybe we’ll get a definitive answer in Captain America 4.