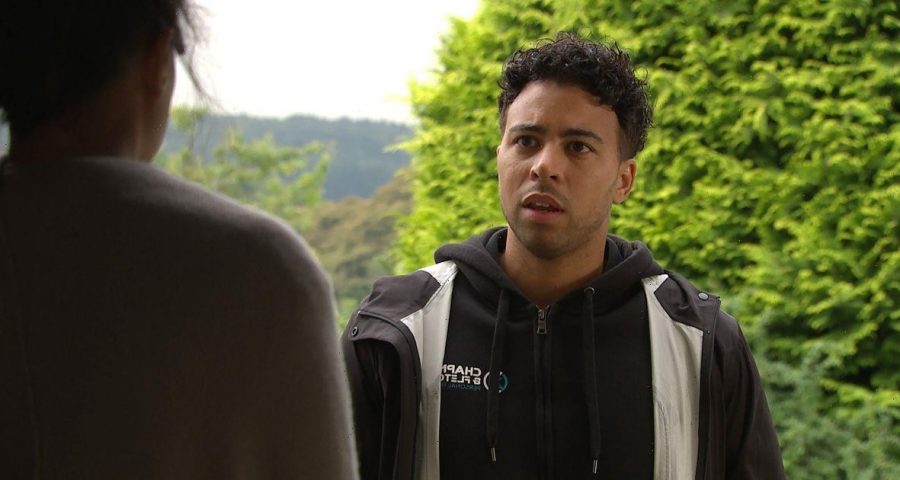 A source says that the alleged incident has left the 30-year-old – who plays Ellis Chapman on the show – furious and he now wishes to leave the soap by the time his contract ends.

Last month, Emmerdale was hit with controversy amongst its cast members after reports broke accusing Matthew Wolfenden, 41, and Isabel Hodgins, 28, of mimicking the accent of a mixed-race actress on set and giving her an inappropriate comment.

Both stars denied carrying out such actions and were not suspended from the soap, however it was reported that, from September, they did stop filming and remained absent from scenes as the allegations were investigated.

Now Aaron is said to be exiting the ITV show permanently after claims he was involved in an argument with Matthew following the claims of race probing, telling bosses he’s out once his contract is finished.

“Aaron is bitterly angry about this situation and he has had to be persuaded to come back to Leeds to film his scenes in recent months,” a source told The Sun.

“He has done some filming over the last couple of weeks, but the understanding is that those scenes will be his last. He has been very vocal in his opinions about the allegations and about the way in which the enquiries have been handled by the bosses.

"He now feels his position on the show is untenable.”

As Emmerdale’s main stars, Matthew and Isabel's absence has created tricky situations where filming has been concerned.

In October, their characters David Metcalfe and Victoria Sugden were due to feature in dramatic stunts while on an adventure holiday, however scripts were quickly changed to write them out of these scenes after reports broke of their alleged misconduct.

“It is common knowledge on set that Matthew and Isabel are not filming at the moment following a complaint after a conversation between them and another actress — during which the alleged remark was made," a second source told The Sun last month.

“We have been told that Aaron brought this up with Matthew subsequently and that there was a tense conversation between them. Matthew and Isabel stopped filming afterwards.

“Their sudden absence has caused production issues. In the aftermath of Super Soap Week — which saw Victoria survive love rival Meena’s attempt to kill her — bosses had planned to keep that storyline prominent."

After a period of time away, the actors did return in November with a revised explanation for viewers that they had been on an impromptu holiday in Portugal.

Regarding Aaron's possible departure, a spokesperson for Emmerdale told OK!: “While we would never comment on individual cases, Emmerdale has robust policies in place to deal with any allegations brought to our attention and take the appropriate steps.