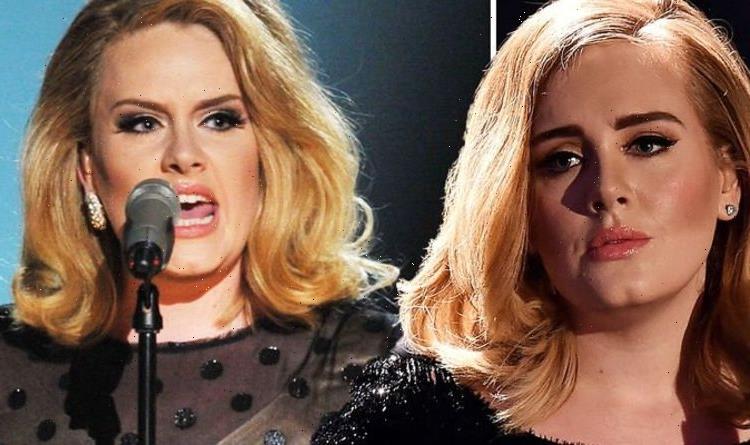 Adele teases the release of her new track 'Easy on Me'

Global superstar Adele has admitted that property prices back home in London make her “throw up”, as she spoke about affording the property where she currently lives in Los Angeles, and back in the UK’s capital. Giving her first interview in five years, the award-winning singer, 33, candidly gave her view on the property prices in her hometown, before admitting that she gets more for her money with her property in America, where she boasts a reported three-house, $30million estate.

Adele moved to the sun-drenched city in 2016, four years after her son Angelo was born.

Speaking about her decision to relocate, the singer revealed she wanted to increase her quality of life.

Adele said: “Most of my life is in a car or inside a building.

“I wanted fresh air and somewhere I could see the sky.”

She added that she found it hard keeping her young son entertained when it was raining in Blighty, something that she doesn’t have to worry about as much on the West Coast of the States.

“Also, once I had Angelo, in England if you haven’t got a plan with a young child and it’s raining, you’re f**ked.”

The star added that she also got more for her money in the star-studded town, admitting that London prices were out of her reach.

She candidly said: “And the kind of house I have in LA I could never afford in London. Ever.

“No, I looked at houses – It’s like hundreds of millions of pounds,” Adele added when pressed.

“I don’t have that much money at all. I’d throw up,” she explained to British Vogue.

The star said that her pad in LA was styled as a “British cottage”, while her home in London was more “European”.

The move stateside was advantageous, as Adele is now a stone’s-throw away from her ex-husband, Simon Konecki.

Adele and her ex-husband announced that they had decided to go their separate ways two years ago after being married for a short period of time.

Their divorce was finalised earlier this year.

Addressing the practicalities of the split, Adele said that she was adamant that she and her ex-husband’s lives weren’t “broken apart”.

“In the end I was like, ‘We’re not going to. You’ve bought the house opposite my house. Nothing changes for Angelo,'” she explained.

In July earlier this year, the singer purchased a third home in a Beverly Hills suburb, which conveniently sits alongside the two homes she already owns.

The star now counts the likes of Jennifer Lawerence, Mila Kunis and Ashton Kutcher and Zoe Saldana as her neighbours.

Speaking about the coronavirus pandemic, the singer revealed that she missed her regular trips back to the UK.

However, she added that her friend was bringing her “PG Tips, Percy Pigs and 20 Terry’s Chocolate Oranges” while visiting.

Adele covers the November issues of British and American Vogue and the interview can be read here.