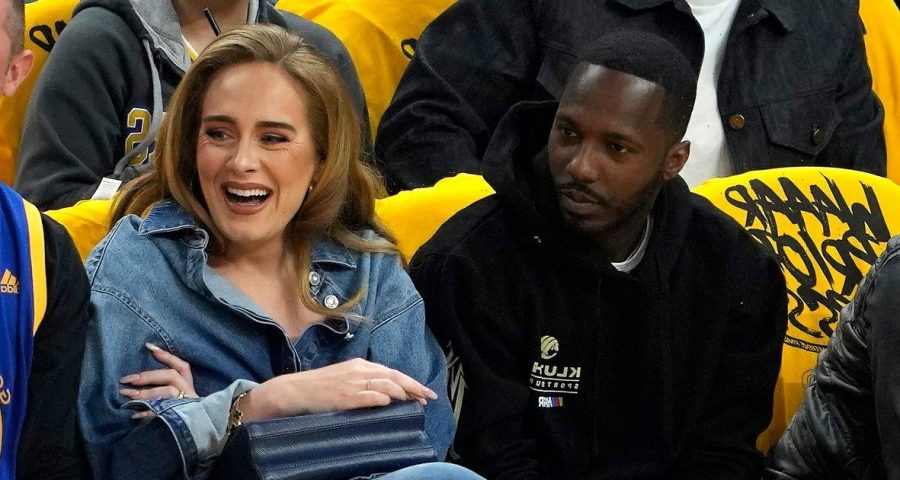 Adele has gushed about her boyfriend Rich Paul in a new interview where she spoke of how she’s “never been in love like this”.

Adele, 34, finalised her divorce to ex-husband Simon Konecki, 48, last year, and is thought to have begun dating 40 year old Rich in May 2021.

The Chasing Pavements songstress shares son Angelo with Simon and, while their marriage came to an end, it’s believed that they’ve remained on good terms.

A year on from beginning their relationship, Rich and Adele moved in together into a stunning mansion in Beverly Hills – thought to cost them £47.5 million.

They’ve since continued to go from strength to strength, and mum-of-one Adele has recently described herself as being “obsessed” with her sports agent boyfriend.

She told ELLE Magazine: "I’ve never been in love like this. I’m obsessed with him."

While Adele is evidently loved-up with Rich, she insisted that they’re not engaged.

Further addressing the engagement speculation, the Easy On Me signer quipped: “I’m not engaged. I just love high-end jewellery, boy!"

Adele also mentioned that she’d like to have more children, but any upcoming baby plans have been put on hold in light of her rescheduling her Las Vegas residency.

The news comes after the 34 year old made the difficult decision at the beginning of the year to pause her residency as a result of many of the concert team members contracting Covid.

She tearfully announced at the time in an emotional video posted to social media: “We've tried absolutely everything that we can to pull it together in time and for it to be good enough for you but we've been absolutely destroyed by delivery delays and Covid."

She went on to explain the situation as she said: "Half my crew, half my team, are down with Covid, they still are. It's been impossible to finish the show.

"I can't give you what I have right now and I'm gutted. I'm sorry it's so last minute.

"We've been awake for over 30 hours now trying to figure it out and we've run out of time. I'm so upset and I'm really embarrassed and I'm so sorry to everyone that's travelled again."

Adele will now begin her Caesars Palace residency in November 2022, with it continuing through to March of next year.

The October issue of ELLE UK is on sale from 01 September.