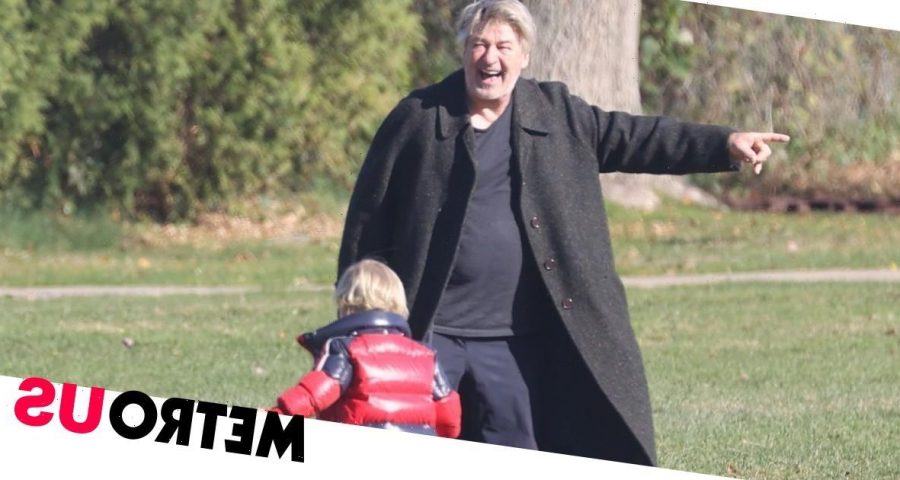 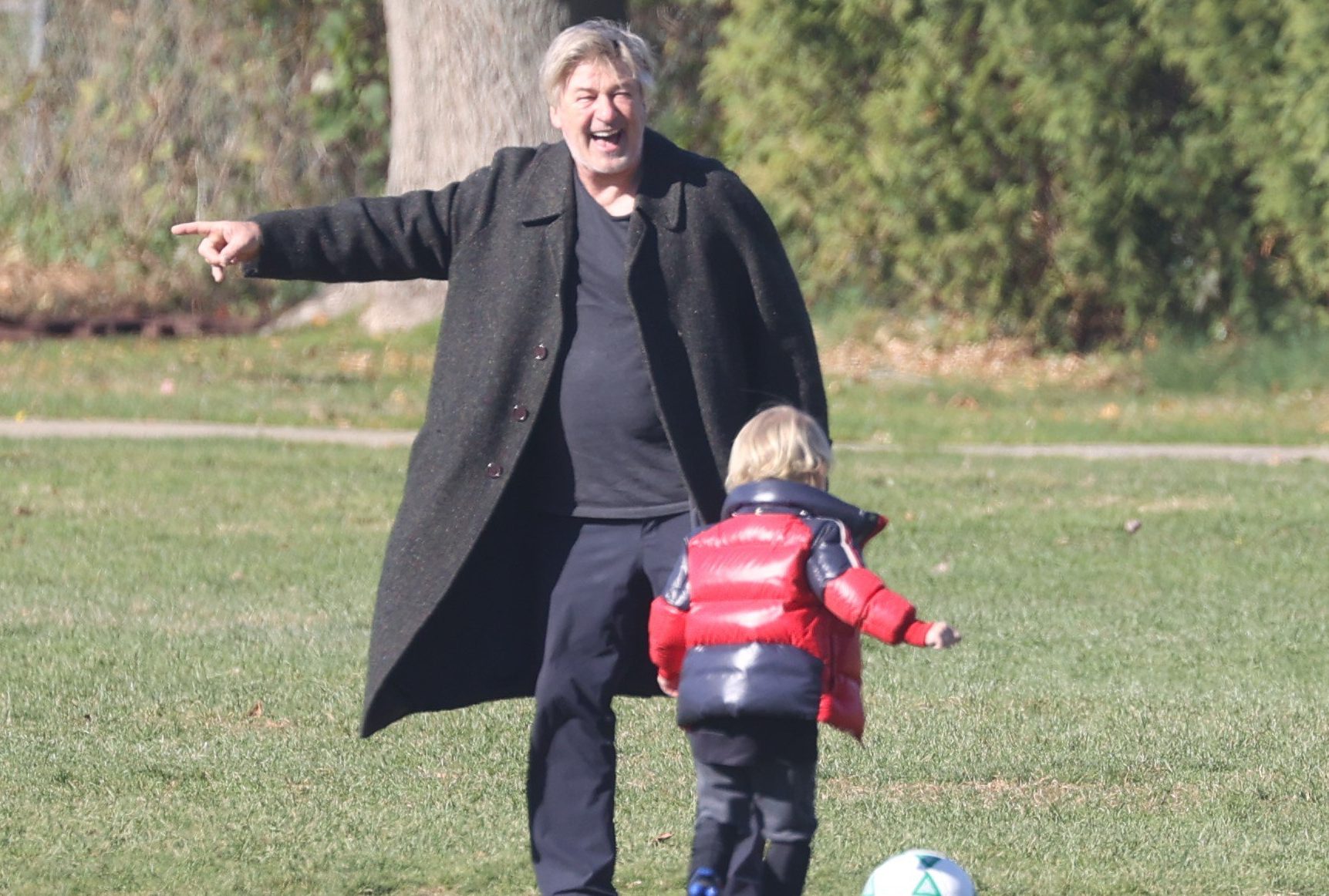 Alec Baldwin enjoyed a day out with his children in the Hamptons, after it emerged he is being sued by a crew member from Rust.

The actor was left devastated when a prop gun discharged by him on the set of the Western movie fatally wounded cinematographer Halyna Hutchins in October.

Baldwin has been taking some time away with wife Hilaria and their six children in the popular Long Island resort The Hamptons, and was seen smiling as he played football with sons Leonardo, Romeo and Rafa.

The 63-year-old had picked up a football from a local sporting goods store, and was seen beaming as his three-year-old son Romeo kicked the ball in front of him.

Baldwin was bundled up in a long coat teamed with jeans and a dark t-shirt.

Meanwhile, his wife Hilaria enjoyed a spot of horse-riding with her eldest daughter Carmen.

These pictures come after Rust script supervisor Mamie Mitchell announced that she was suing Baldwin, accusing him of playing ‘Russian Roulette’ when he fired a gun without checking it first to make sure it was not loaded, and further claimed that the scene being filmed did not call for the firing of the gun.

Baldwin was named as one of nearly two dozen defendants in the complaint.

The 30 Rock star – who also produced the movie – has stated that he was told the gun was ‘cold’ when being handed it, meaning it did not contain any live ammunition.

However, it later emerged that the revolver had contained a live round, which killed Hutchins, 42, and wounded director Joel Souza.

Lawyers for Rust’s armourer Hannah Gutierrez-Reed suggested that a live round was placed in a box of dummy rounds in an act of ‘sabotage’.

Baldwin himself has called for police officers to be hired for every set using prop guns to monitor the weapons.

A private ceremony was held by Hutchins’ family over the weekend to scatter her ashes.

Her husband Matthew, with whom she shared a nine-year-old son Andros, said: ‘Halyna was the love of my life, and our loss of her has devastated our family’s dreams.

‘We feel the silence of her being forever gone as a suffocating stillness in our home.

‘Our love and adoration for her grows as we tell her story, and we hope her work can inspire filmmakers and storytellers around the world.  We thank the many generous supporters who have been so thoughtful in our time of loss.’