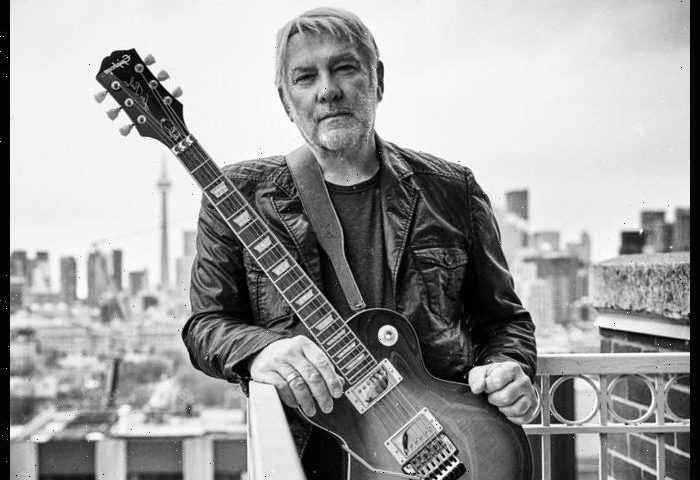 Rush founding guitarist Alex Lifeson‘s new band Envy Of None recently premiered the video for “Look Inside,” the second single from the group’s upcoming self-titled debut album, due out on April 11 via Kscope.

“Maiah’s lilting vocal performance was an inspiration,” Lifeson said in a press release about the new song.

“I was in my studio late one night, headphones on… a few glasses of red wine deep and thought, wouldn’t it be fun to pull out my bass, blow up the tone, double it and play to a really messed up super slow drum groove,” explains Curran, of “Look Inside.” “It’s got a real stoner vibe to it. That’s what happens when you mix wine and bass… Mission accomplished!”

“Sometimes you have to shine a light on all the ugliest pieces of yourself in order to truly change, and you have to keep slaying that dragon over and over again,” adds Wayne, who wrote the song’s lyrics. “It is a continuous, slow and painful process. The guitars and bass really drive the grittiness and heaviness I felt when I wrote those lyrics. It feels like an all-encompassing sludge, and that is what I absolutely love about this song.”