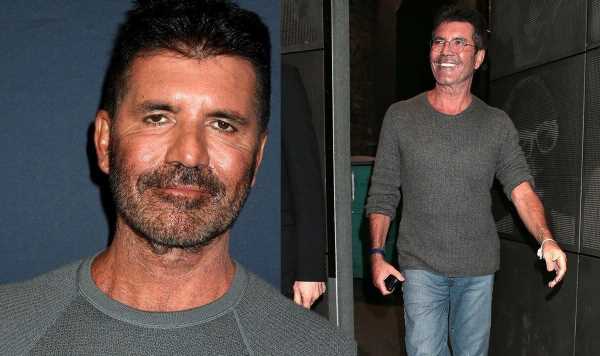 Lorraine urges Simon Cowell to wear a helmet whilst cycling

Simon Cowell, 62, is understood to now have taken more of a backseat in some of his ventures. The record executive wants to spend more time with his young son Eric Cowell, eight, and avoid becoming ill.

Over the course of his career, he’s launched numerous shows and founded media empire Syco – though he’s said to be winding down his empire, including with The X Factor not returning.

It’s believed to be part of a strategy by the Britain’s Got Talent judge to counteract his “unhealthy addiction to work,” with him having been concerned about this.

The music mogul opened up about his anxiety recently, revealing that whilst he remains on shows like BGT, he’s taking a backseat when it comes to running them.

He explained during an interview: “I made the decision that my main job would be being on TV, not running a production company. It was just all becoming too much.”

Simon candidly added that he was “very nervous about burn-out,” while insisting that although he wasn’t feeling unwell at the time, he was simply “terrified that would happen” to him.

The father-of-one further told The Sun: “I’m a great believer in doing something before something bad happens, rather than waiting for something bad to happen.”

He said that he has thought a lot about such an approach over the last two years and has seen close friends feeling “burnt out”, with him adding: “There’s no coming back from that.”

Back in 2020, Simon was testing a new electric bike when he was thrown off the vehicle, breaking his back in three places.

The X Factor judge then endured a painstaking six and a half hour operation to fuse the breaks in his spine.

He is said to have only been millimetres from being paralysed after the incident saw him relinquish his head judgeship on Britain’s Got Talent to friend Amanda Holden.

The talent show was forced to conclude without him while he celebrated his 61st birthday at his £19 million Malibu mansion.

One report at the time suggested that he had a full-time nurse and was a long way from recovery.

A friend claimed: “It will be a long road before he is back on form again.

“It is all going to take a lot longer than expected as the breaks weren’t straightforward.

“He needs lots of physio and lots of time. He is doing very little work, so really following doctor’s orders.

Another source said that The X Factor judge was still “building up strength” following surgery.

They told The Daily Mail: “He is building up his strength but the recovery is taking longer than we hoped. It was a very serious injury and they didn’t fully appreciate that at first.

“There was initial euphoria that he was all right when he felt that he had come through it by a miracle. Then came the pain.”

Thankfully, Simon has since recovered and is back on the panel of the latest series of BGT that kicked off last weekend.

He’s joined by David Walliams, Alesha Dixon and Amanda Holden on the ITV show, which is currently airing on Saturday nights.