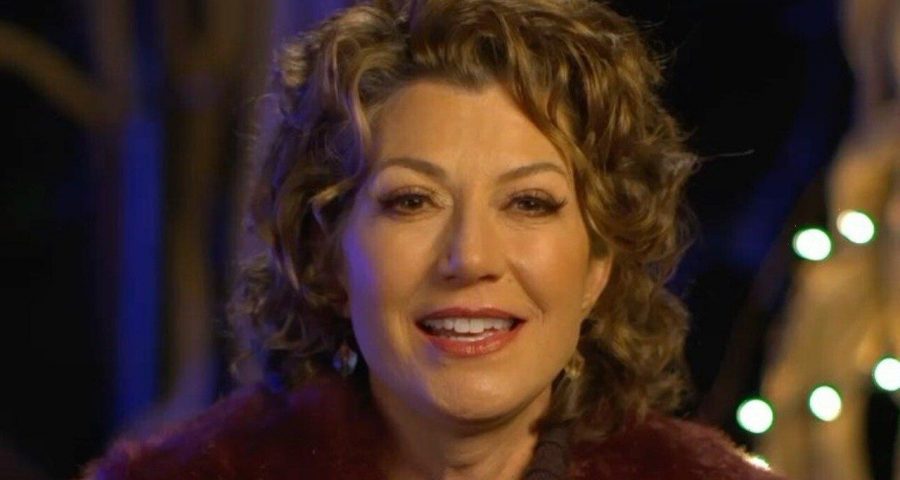 Vince Gill assures fans that his singer wife is doing great as she continues recovering at home after she fell off her bike and landed in hospital earlier this year.

AceShowbiz –Amy Grant is okay following her bike accident in July. Vince Gill – Amy’s husband – has confirmed that she’s making a good recovery after the 61-year-old singer was hospitalised over the summer after coming off her bike.

“She’s doing great. She’s pretty torn up that she couldn’t be here tonight but with her accident and all of that, they kind of deemed that the best thing for her to do is just be still,” Vince told “Entertainment Tonight” at the premiere of “CMT Giants, Vince Gill” in Nashville.

“That’s hard for her because she is very active. She knows that she is well thought of, well loved and represented tonight, so it’s all good.”

Amy was released from hospital at the end of July. However, the singer was still forced to postpone a number of scheduled shows in August as she continued her recovery at home.

A post on her Instagram explained, “Amy Grant was in an accident after hitting a pothole while riding a bicycle with a friend (note, she was wearing a helmet). Following a brief hospitalisation where she was treated for her injuries, doctors have ordered additional recovery time at home for Amy, where she is now resting comfortably.”

Amy actually underwent open-heart surgery two years ago to correct a rare condition that she only discovered after having a medical check-up. The music star confessed that women can be guilty of putting their own health on the “back burner.”

The “Baby Baby” singer said, “I think women tend to put their health on the back burner. It’s more like, ‘Oh my children, my grandchildren, my work, my spouse.’ All of those things and we need the gift of each other. So even if you go, ‘Oh, I got nothing on the radar,’ just get somebody else to check it out.”