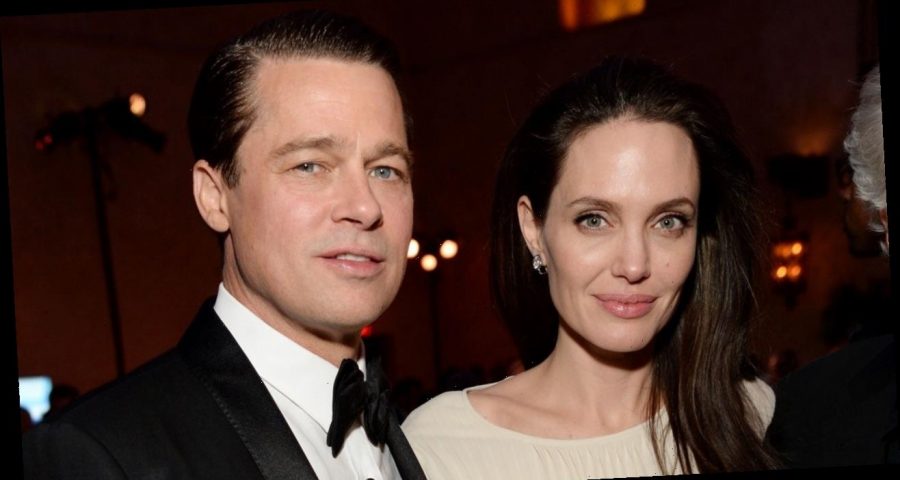 The actress alleges in new court documents that were filed under seal on March 12 that she is prepared to offer “proof and authority” in support of alleged domestic violence against Pitt during their upcoming divorce trial. According to court records, Jolie also filed another document under seal on the same day, regarding testimony of their minor children. Jolie and Pitt share six children together — Maddox, 19, Pax, 17, Zahara, 16, Shiloh, 14, twins Knox and Vivienne, 12.

“This is just another case of Angelina changing the narrative when it suits her,” a source familiar with the case tells ET. “Aside from the one accusation that she made in 2016 that was investigated and dismissed, there have never been any other records, police reports or even accusations until it suited her case.”

“No one else knows what she might say now, but that background is important,” adds the source.

ET has reached out to reps for Jolie and Pitt for comment.

As ET previously reported, Pitt was cleared of allegations of child abuse by both the Federal Bureau of Investigation and Department of Child and Family Services back in 2016. The DCFS investigation ended on Nov. 9, 2016, while the FBI closed their investigation on Nov. 22, 2016.

In a statement to ET, Jolie expressed relief that the investigation had concluded. “The job of the DCFS is to make sure the children are in a safe and secure situation,” the statement read. “As we said earlier this week, childcare professionals encouraged a legal agreement accepted and signed by both sides that was in the best interest of the children. Angelina said from the beginning that she felt she had to take action for the health of the family and is relieved that after their 8-week involvement, the DCFS is now satisfied the safeguards are put in place that will allow the children to heal.”

Pitt also spoke about the investigation, and where his relationship stands with Jolie, in a 2017 interview with GQ Style.

“I was really on my back and chained to a system when Child Services was called,” he said. “And you know, after that, we’ve been able to work together to sort this out. We’re both doing our best. I heard one lawyer say, ‘No one wins in court — it’s just a matter of who gets hurt worse.’ And it seems to be true.”

“You spend a year just focused on building a case to prove your point and why you’re right and why they’re wrong, and it’s just an investment in vitriolic hatred,” he added. “I just refuse. And fortunately my partner in this agrees. It’s just very, very jarring for the kids, to suddenly have their family ripped apart.”

Jolie, 45, and Pitt, 57, have been engaged in a hard-fought legal battle over the custody of their children, after the actress filed for divorce from him in September 2016. In an interview with British Vogue last month, Jolie admitted that “the past few years have been pretty hard.”

“I’ve been focusing on healing our family,” she said. “It’s slowly coming back, like the ice melting and the blood returning to my body.”

When ET spoke with Jolie last August, she opened up about how her children have been there for her, and how they’ve been handling the ongoing coronavirus pandemic. “You know, I am so lucky,” she said at the time. “We are so used to being tight together for a long time.”

“I’m lucky, and I think when you have that many children, they really take care of each other,” she added. “They help me. I’m not alone managing everything. They are an amazing team, so I’m very, very fortunate.”

As for Pitt, a source told ET back in October that he “for the most part, has been respectful of Angelina’s parenting.”

“While he doesn’t agree with everything, he knows she loves the kids and wants the best for them. He also knows his love and presence are needed,” the source said. “It’s important to Brad that the kids don’t worry about their parents’ current situation and that they don’t feel stuck in the middle in any way. This is a challenge because of their age, but he’s doing what he can.”

“They’re finally in a place where they both want to work together to raise their kids,” the source said at the time. “They have no plans to reconcile and any communication between them is regarding their children’s needs and future.”