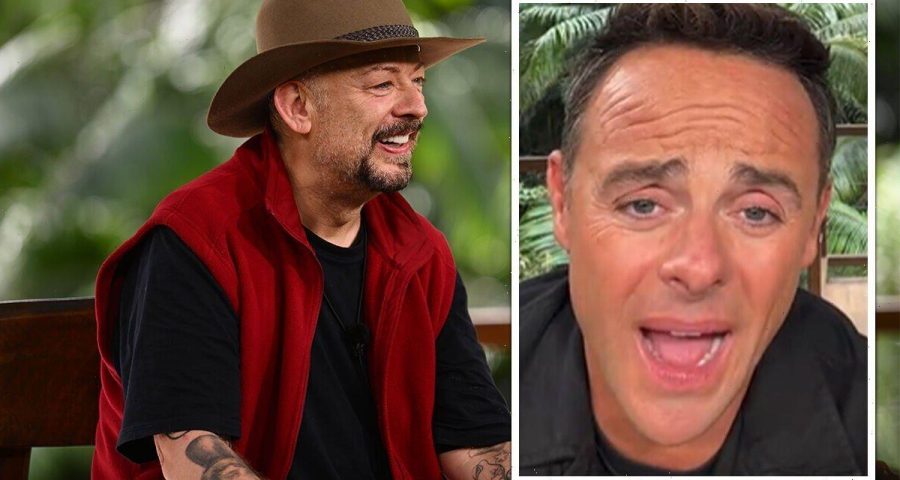 On Tuesday night, Boy George, 61, became the latest celebrity to leave the Australian jungle after being voted out by the British public. Dumbfounded host Ant McPartlin fumed at viewers for their decision, blasting them as “b****es”.

Much like Sue, George seemed ecstatic to leave the camp after more than two weeks of surviving on tiny food rations and struggling through Bushtucker Trials, telling the hosts that the challenge was “a lot tougher than I thought”.

However, the 61-year-old declared he would be “sticking to the diet” from camp in the outside world.

As George officially left I’m A Celebrity, the hosts took to their Instagram page, admitting to their dismay at the decision.

Speaking directly into the live camera feed, Ant asked viewers: “What were you thinking, man?

Dec chipped in midway through Ant’s rant, telling his co-host to “stop shouting”.

However, Ant continued, saying: “What a goddamn shame, I really really enjoyed Boy George in there. I loved him.

“I think it’s easy to say ‘Oh he stirs things up’, but at least he does stuff down there. He is a bit controversial but at least he had a word about people. He made me laugh.”

Dec added: “He was the centre of a lot of the fun and conversation. I loved his and Seann’s relationship. I am gutted.”

It comes as the ITV hosts were blasted on social media yesterday by one fan in particular, who claimed the duo had “spoiled” the World Cup results.

Returning from an ad break during last night’s show, Dec welcomed viewers, saying they were: “Live from Australia one France four, sorry too soon?”

The Australian crew behind the camera could be heard giggling, gasping and booing the hosts.

However, one fan fumed on Twitter as they had been carefully avoiding spoilers the entire day: “Trust Ant and Dec to needlessly reveal the football scores just before the highlights come on.

“I’m not sure what they find funny.”

While the duo often get dragged online for their sometimes controversial jokes, they chose to reply to this particular criticism, slamming the I’m A Celeb fan.

“Maybe stop watching live tv and stay off Twitter if u want to control what you do and don’t hear.”

Following George’s exit, there are now seven celebrities left in the jungle, including MP Matt Hancock.

Other contestants still in the running include fan-favourites to win the series, Mike Tindall and Jill Scott, as well as Chris Moyles, Babatunde Aleshe, Seann Walsh and Owen Warner.

I’m A Celebrity continues on ITV at 9pm.