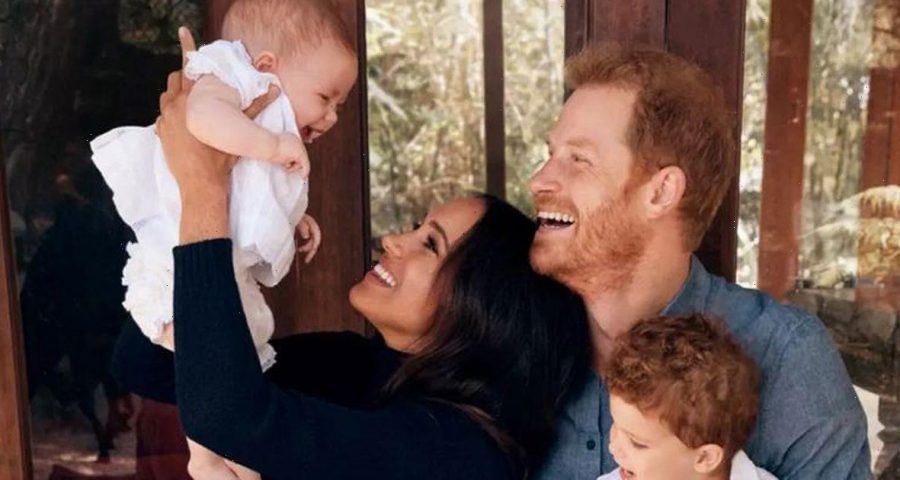 Prince Harry and Meghan Markle's children's new titles will not be announced before the Royal Family's period of mourning is over following the death of Queen Elizabeth II.

Her late Majesty passed away "peacefully" in her Balmoral estate on 8 September at the age of 96 and her funeral is due to take place on Monday 19 September.

While the nation is in a period of mourning for 10 days, King Charles III announced that the Royal Family would mourn for an additional seven days.

It means that Harry, 37, and 41 year old Meghan's children Archie, three, and one year old Lilibet's new titles will not be announced until late September.

The children of the Duke and Duchess of Sussex are entitled to be called prince and princess, but according to the Daily Mail, Buckingham Palace has refused to confirm if this will happen.

A spokesperson also told the publication: "The King is focused on the mourning period so it is unlikely [any announcement would be made] on other titles during that period.

"The future is an amazing thing. I am sure that at some point there will be discussion, but not during the royal mourning period."

Despite this, political editor Samantha Maiden has said King Charles has decided not to address Prince Harry and Meghan's children by royal titles, which actually suggests they will not be named prince or princess.

Following Queen Elizabeth II's death at Balmoral last week, King Charles has made a number of speeches and mentioned several members of the Royal Family.

However, although Archie is now technically a prince and Lilibet a princess, the new monarch has avoided using the titles when talking about the children.

During an interview with Australian morning show Sunrise, Maiden said: "I understand that they get this automatically when they're the grandchild of the monarch which they clearly are but quite pointedly, King Charles has not referenced this in his public statements.

"He's referred to them as master and so that suggests they're not going to get it.

"It's just another thing where you can sort of understand why these families are estranged."