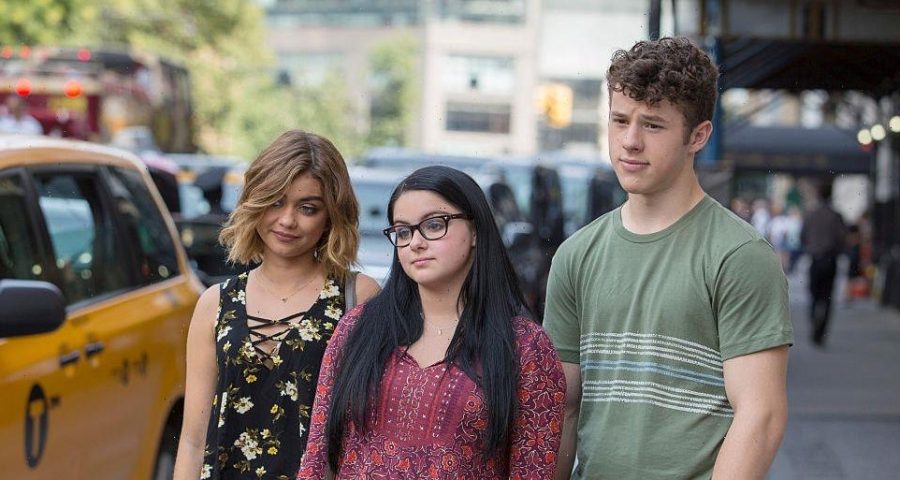 Ariel Winter has called out her Modern Family costars in a comment on Instagram after three of them met up for a picnic and posted a picture of the reunion.

Modern Family came to an end just over a year ago, airing its finale episode in April 2020, but if Instagram is anything to go by the cast remain close friends and still spend time together. So it was no surprise to see pictures of Sarah Hyland (Hayley Dunphy), Sofia Vergara (Gloria Delgado Pritchett), and Jesse Tyler Ferguson (Mitchel Pritchett) out for an adorable picnic with their partners earlier this week.

Sofia posted a series of pictures from the day out, as did Sarah, captioning the post, “Picnic days with the fam 💕.”

All’s well and cute, right? Well, if fans thought there might have been a few people missing from the group shot, they were on the same wavelength as Modern Family costar Ariel Winter (Alex Dunphy), who called out the trio for apparently not inviting her and Nolan Gould (Luke Dunphy) to the picnic.

Commenting on the post Ariel wrote, “did mine & @nolangould’s invite get sent to the dunphy house because you know we don’t live there anymore guys!!!!!!”

The comment has quickly amassed more more than 13,000 Likes and numerous replies from fans praising Ariel or laughing about the comment, but there are no responses yet from her Modern Family costars.

We’re sure it’s all in good fun, but it still feels just a little awk, doesn’t it?