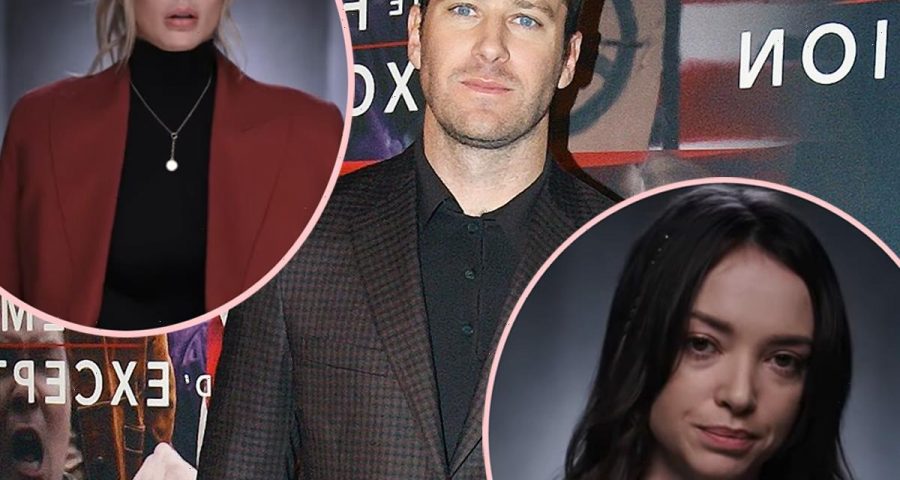 A new documentary series on Armie Hammer is exposing all of the disgraced actor’s dark secrets.

The world was shocked in 2021 when a slew of women came forward accusing the Call Me By Your Name actor of emotional abuse, manipulation, and sexual violence. At the time, leaked screenshots of alleged DMs the 35-year-old disgraced actor had sent to several women, describing violent sexual fantasies and cannibalistic fetishes, also surfaced on social media.

But this wasn’t about kinks or fantasy. Soon after, one woman accused Armie of rape and battery, prompting the Los Angeles Police Department to open an investigation. He denied the allegations of sexual abuse, saying through his lawyer that his interactions with each woman “have been completely consensual, discussed and agreed upon in advance, and mutually participatory.”

Now, an upcoming three-part docuseries on Discovery+ is exploring all of the troubling accusations against the star — and it is bringing the receipts. The first trailer for House of Hammer dropped on Wednesday, and it includes two exes, Courtney Vucekovich and Julia Morrison, recounted their horrifying experiences with Armie on camera. The two women even shared screenshots and voice notes they allegedly received from the Lone Ranger star that detail his sexual and cannibalistic fantasies. One message read:

“I have a fantasy about having someone prove their love and devotion and tying them up in a public place at night and making their body free use.”

The following could be heard in a voice memo:

“My bet was going to involve showing up at your place and completely tying you up and incapacitating you and being able to do whatever I wanted to every single hole in your body until I was done with you.”

Julie and Courtney went on to share how her ex would love-bomb them with compliments and push boundaries until “you’re his.” Courtney, who dated Armie for several months after he split from wife Elizabeth Chambers in 2020, specifically said:

“In the beginning, I felt like this was all perfect; this was amazing. … But then things changed. He pushes your boundaries a little bit at a time. You’re his, completely. … I mean, he said, ‘I’m 100 percent a cannibal.’ I’m freaking out.”

She then revealed another alleged note from Armie that read:

Not only does the docuseries go into the disturbing sexual abuse accusations surrounding Armie, it also looks back on the twisted history of abuse and scandal in his family. As his aunt Casey Hammer puts it in the trailer:

“Magnify Succession a million times and it was my family.”

Whoa… You can ch-ch-check out the entire trailer (below):

Jason Sarlanis, president of crime and investigative content, linear and streaming for Discovery, teased in a statement that there are some “disturbing details” and “sinister secrets” still to come:

“The accusations of rape and abuse brought against Armie Hammer in the last few years are just the tip of the iceberg when it comes to the Hammer family. With ‘House of Hammer,’ we witness truly disturbing details and sinister secrets that money and power couldn’t hide forever. This documentary provides an important platform for the incredibly courageous women who came forward to share their stories, and we hope their courage inspires others to continue meaningful conversations around abuse in our society.”

House of Hammer premieres September 2 on Discovery+. Reactions to the first trailer, Perezcious readers? Let us know in the comments (below).