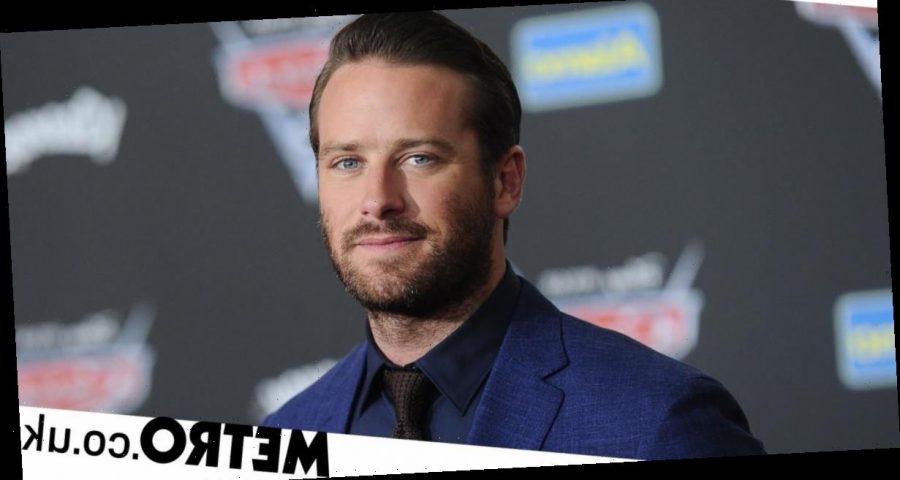 The Miss Cayman Islands Universe Committee has denied that a woman featured in a provocative video allegedly posted by Armie Hammer is affiliated with the contest.

Call Me By Your Name star Hammer has found himself at the centre of a scandal following the leaking of alleged disturbing graphic DMs attributed to the star.

Hammer, 34, called the allegations made against him ‘bulls***’; however, further drama has arisen after the Daily Mail shared pictures from what is alleged to be the actor’s private Instagram page.

The Instagram page el_destructo_86 is only followed by 14 people, believed to be close friends of Hammer, and one post showed a man, alleged to be Hammer, filming his hotel room at the Ritz-Carlton Grand Cayman.

As he narrated his way through the room, the camera scanned the bedroom, where a woman was on all fours on the bed, dressed in black lingerie.

The caption read: ‘Well… my ex (for a very good reason) wife is refusing to come back to america with my children. So I have to go back to Cayman… which sucks.

‘Except there are a few silver linings. Like f***ing Ms. Cayman again while I’m down there.’

While the identity of the woman was not revealed on the post, the Miss Cayman Islands Universe Committee has denied that it is the reigning Miss Cayman Mariah Tibbetts, or anybody affiliated with the contest.

The committee chairperson Derri Dacres-Lee wrote on the pageant’s Instagram: ‘The Miss Cayman Islands Universe Committee is aware of a video allegedly posted by Armie Hammer referring to a scantily clad young woman as “Miss Cayman.”

‘The Committee and the reigning Miss Cayman regard this issue with the utmost seriousness and the matter has been reported to the Royal Cayman Islands Police Service (RCIPS).

‘The role of Miss Cayman is in part, to serve as a role model to young Caymanian women. The depiction of the woman in the video goes against all that our organisation stands for and the Committee is consequently requesting that Mr. Hammer immediately remove all references to Miss Cayman from his social media channels.’

Another post shared on December 17 showed what appeared to be a drug testing section of a court order, which read: ‘Armie is ordered to submit to random and observed drug testing, though a mutually agreed upon facility while in the Cayman Islands and upon his return to Los Angeles.’

A picture of a home drug test from the day before was captioned: ‘Divorce is so fun. Not as fun as drugs. But what is.’

This was followed by a post that read: ‘All negative b****es. My body is finely tuned toxicant processing unit. Ok. To be fair I had THC and benzos in my p***. But who doesn’t.’

A short video shared by the Mail saw Hammer taking a drag from a vape box while smiling, and the caption read: ‘When you realize they don’t test for DMT on drugs tests.’

The Rebecca actor announced in July that he and his wife Elizabeth Chambers were separating after 10 years of marriage.

On Hammer’s public Instagram account, he confirmed he was in Grand Cayman with his children on January 2, sharing a picture from the beach and writing: ‘Free at last! (With my kids but as a New Years resolution I will not be posting pictures of my children for their safety and for their well-being).’

In the wake of the allegations against him, Hammer confirmed that he would no longer be starring in Shotgun Wedding alongside Jennifer Lopez.

The Social Network star said: ‘I’m not responding to these bulls*** claims but in light of the vicious and spurious online attacks against me, I cannot in good conscience now leave my children for four months to shoot a film in the Dominican Republic.

‘Lionsgate is supporting me in this and I’m grateful to them for that.’