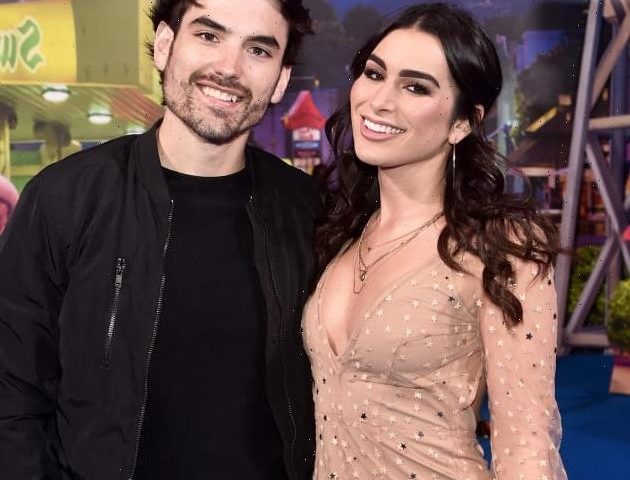 You’re about to get a brand new resident!

On Thursday, July 15, Ashley Iaconetti and husband Jared Haibon announced the precious and miraculous news that they are expecting their first child together during an Amazon Live event.

The former ABC personalities got engaged in June 2018 and opened up about their future family plans ahead of their 2019 nuptials.

“We want to have kids in 2020 or 2021,” the Bachelorette alum told Us Weekly just over two years, adding that they planned for “two or three” kids.

How did they arrive at this number?

“Because I want a boy to have another brother or a girl to have a sister. But I also need to have a girl. … I think that when you do the math, it equals out to three.”

The husband and wife’s baby bombshell comes less than two months after Ashley said that she and Haibon were hoping to start a family — and had been trying to conceive for the past six months.

“A couple months ago, I was saying I would start feeling worried if I wasn’t pregnant by June,” Ashley wrote on Instagram in May.

“This month was annoying, because I ovulated five days earlier than expected and we pretty much missed my fertile window.

“I haven’t had an irregular month in YEARS.”

Iaconetti added that she wasn’t sure if the stress from moving to Rhode Island in March was a factor in her “irregular” cycle, but she remained positive, writing at the time:

It’s been a challenging journey for the pair, however.

“We’ve been trying for three or four months now,” Haibon said during a Clickbait With Bachelor Nation podcast episode in February.

“This’ll be the fourth month that we’ve actually tried. She has her watch, it tells her when she’s ovulating.

The Rhode Island native noted that while he “would love to have both a boy and a girl,” he was partial to a daughter because of their female dog.

“She’s really dainty and delicate like Daddy’s little girl, and I kind of want that in a human,” Haibon said.

Ashley previously teased that she and the 32-year-old soulmate had already discussed baby names together. They’ve been waiting for this moment for a long, long time.

“We’re not telling a future boy’s name because we’re set on it, and I have been set on it for over 10 years,” Ashley captioned an Instagram post.

“I don’t want anyone to steal it/I don’t want it to become popular! (As if I have the power to do that).

“I like Arena for a girl because the fan girl in me gets high off the energy in an arena. Jared’s not sold on it.”

Congratulations to the happy couple!