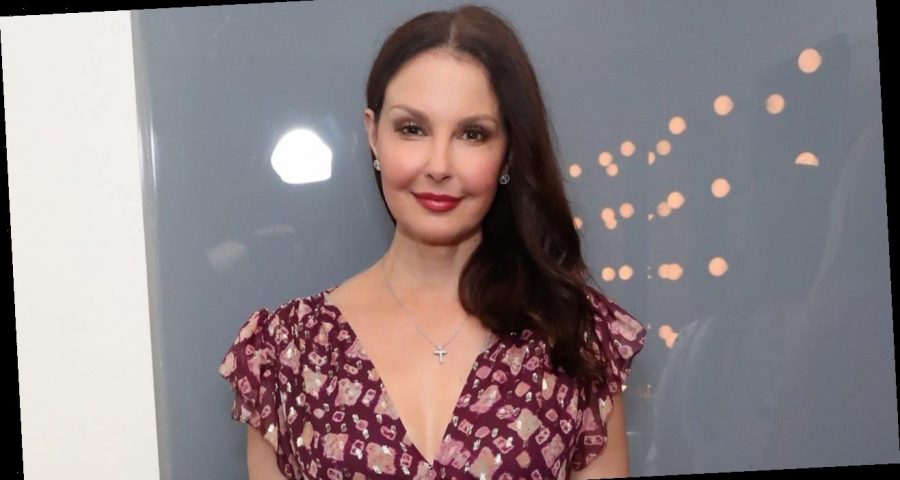 Ashley Judd is recovering after suffering an accident in the Democratic Republic of the Congo. On Tuesday, the 52-year-old actress shared photos of the grueling, 55-hour rescue mission that saved her life, after she shattered her leg during an excursion she took while researching the Bonobos, a unique species of ape, which is indigenous to the area.

“Friends. Without my Congolese brothers and sisters, my internal bleeding would have likely killed me, and I would have lost my leg. I wake up weeping in gratitude, deeply moved by each person who contributed something life giving and spirit salving during my grueling 55 hour odyssey,” Judd shared.

The Divergent actress went on to detail the stories and photos of the people who helped save her in the lengthy post.

“Dieumerci stretched out his leg and put it under my grossly misshapen left leg to try to keep it still. It was broken in four places and had nerve damage. Dieumerci (“Thanks be to God”) remained seated, without fidgeting or flinching, for 5 hours on the rain forest floor. He was with me in my primal pain. He was my witness.”

A man named Papa Jean eventually found the pair, helping reset Judd’s leg so she could be transported through the forest.

“Papa Jean: it took 5 hours, but eventually he found me, wretched and wild on the ground, and calmly assessed my broken leg. He told me what he had to do. I bit a stick. I held onto Maud. And Papa Jean, with certainty began to manipulate and adjust my broken bones back into something like a position I could be transported in, while I screamed and writhed. How he did that so methodically while I was like an animal is beyond me. He saved me. & he had to do this twice!” Judd wrote. 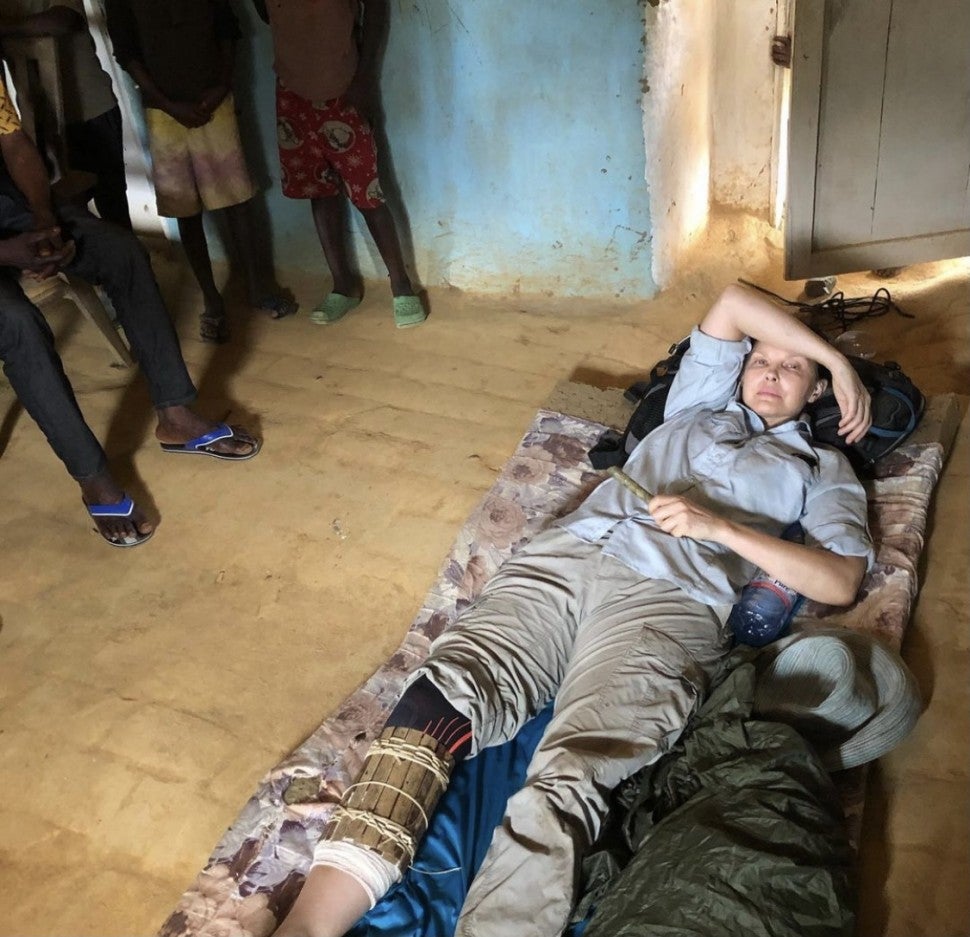 It took 6 men to carry her out to the motorbike that eventually got her to safety.

“The six men who carefully moved me into the hammock with as little jostling as possible, who then walked for 3 hours over rough terrain carrying me out. Heros. Didier and Maradona: Didier drove the motorbike. I sat facing backwards, his back my backrest. When I would begin to slump, to pass out, he would call to me to re-set my position to lean on him. Maradona rode on the very back of the motorbike, i faced him. He held my broken leg under the heel and I held the shattered top part together with my two hands. Together we did this for 6 hours on an irregular, rutted and pocked dirt road that has gullies for rain run off during the rainy season,” she revealed. 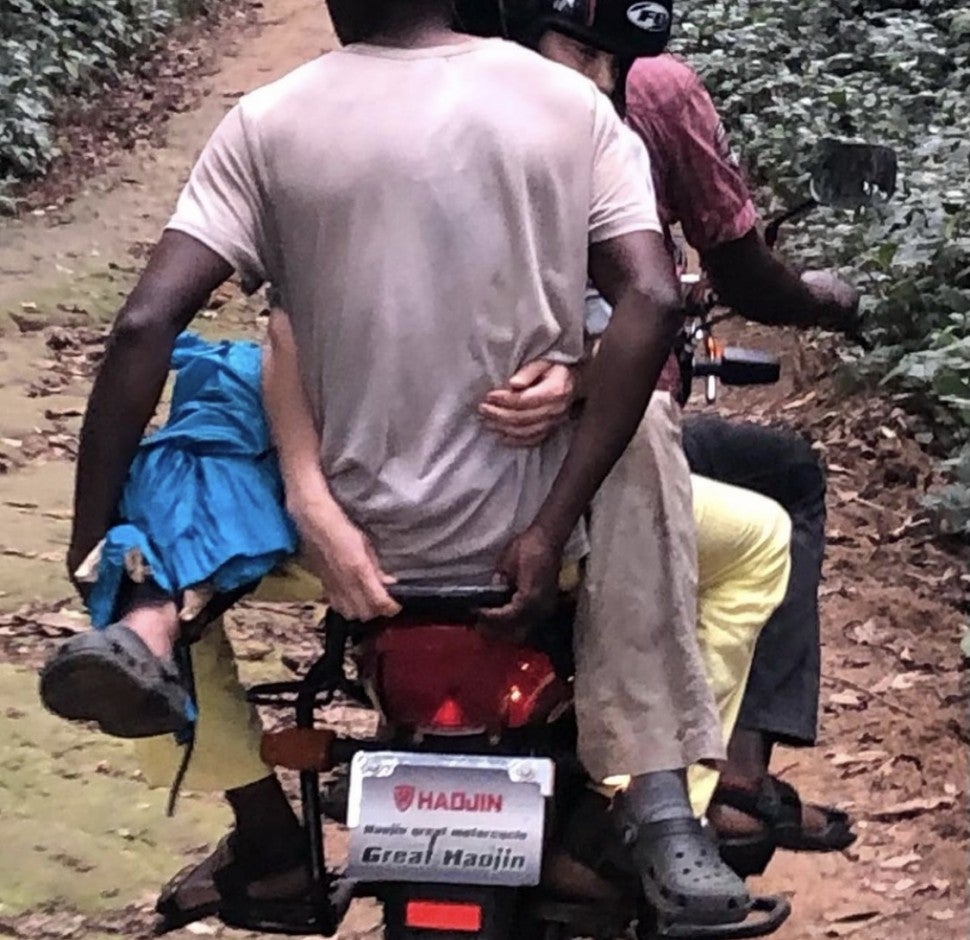 “Maradona was the only person to come forward to volunteer for this task. We have a nice friendship, discussing the pros and cons of polygamy and monogamy. I show two pictures, one in his hat and one in mine, which he dearly covets! The women! My sisters who held me. They blessed me.” 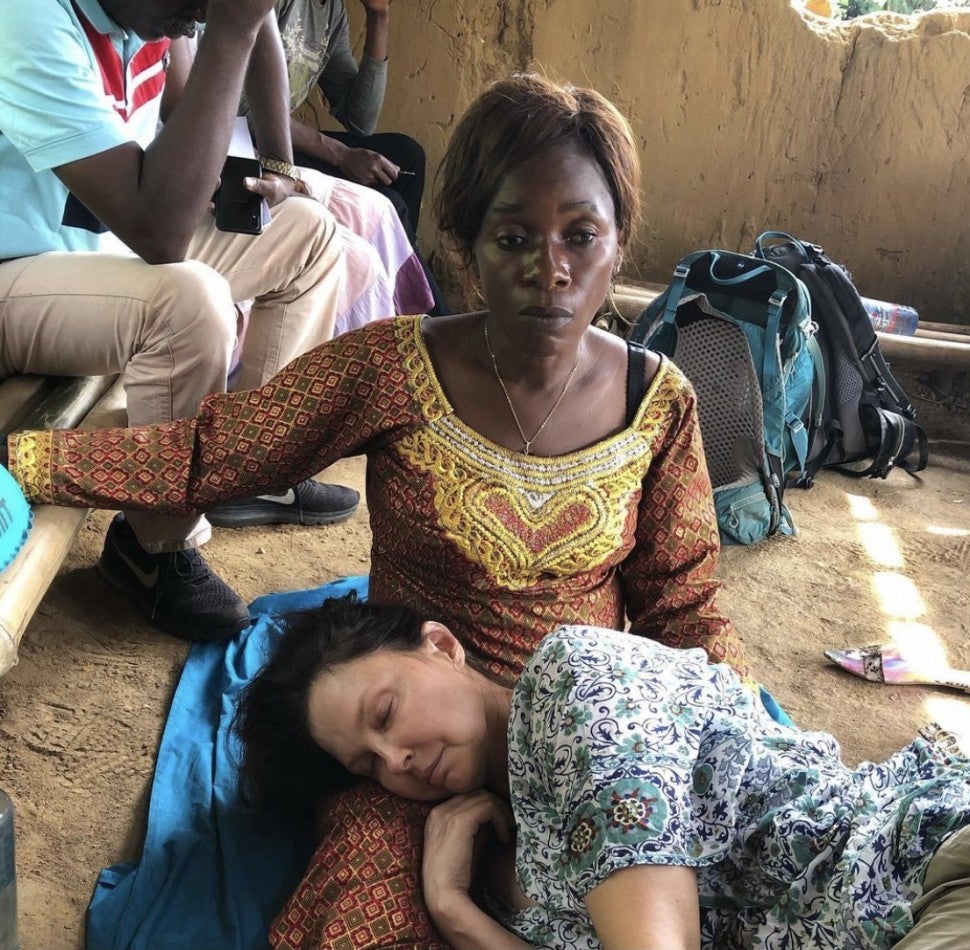 Judd spoke to The New York Times‘ Nicholas Kristof from her hospital bed in an Instagram Live on Friday.

“I’m in an ICU trauma unit in beautiful South Africa, which has taken me in from the Congo, a country I deeply love which is not, unfortunately, equipped to deal with massive catastrophic injuries like I have had,” Judd shared, adding, “And the difference between a Congolese person and me is disaster insurance that allowed me 55 hours after my accident to get to an operating table in South Africa.”

She also touched on her privilege of being able to get quick help as opposed to Congolese people who don’t always have access to medical help or “the lack of a simple pill to kill the pain when you’ve shattered a leg in four places and have nerve damage.”

The actress went on to thank everyone who helped her reset her leg and help her get to the ICU.

Ashley Judd Hospitalized After Shattering Her Leg in Rainforest Fall 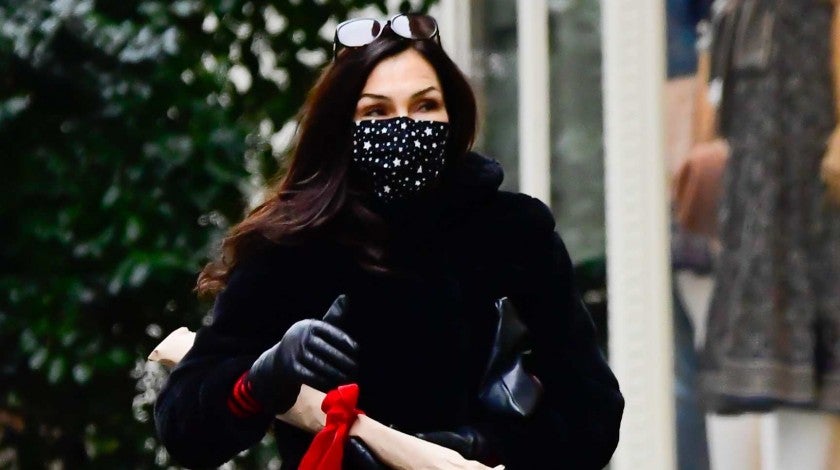