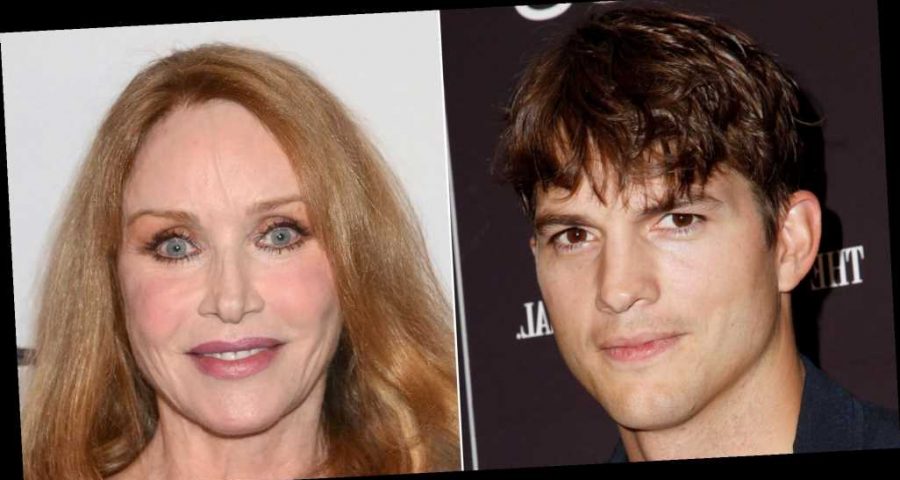 Clearing things up. Ashton Kutcher reached out to his former That ‘70s Show costars who mistakenly mourned Tanya Roberts via social media.

Reports that Roberts, who played Midge, the mother of Laura Prepon‘s Donna on the sitcom, had died surfaced on Sunday, January 3, after she was hospitalized on Christmas Eve. The actress’ longtime publicist, Mike Pingel, even confirmed the news to TMZ. He told the outlet that Roberts’ partner, Lance O’Brien, told him that she passed after he said goodbye at the hospital.

Topher Grace, who played Eric Forman on the Fox comedy, took to Twitter to pay tribute to his castmate.

“I was so sad to hear that Tanya Roberts has passed away. She was a Bond girl, one of Charlie’s Angels, and truly a delightful person to work with,” the actor wrote on Monday. “I had never acted before and, to be honest, a little nervous around her. But she couldn’t have been kinder. We’ll miss you Midge.”

Later that day, news broke that Roberts was indeed alive. O’Brien was being interviewed by Inside Edition when he got the call from Cedars Sinai Medical Center that his longtime girlfriend wasn’t actually dead.

The Win a Date with Tad Hamilton actor responded with a GIF of Kelso cheering.

The former Punk’d host then had to break the news to Debra Jo Rupp, who played Eric’s mom Kitty Forman.

Celebs Fight Back on Social Media

“Tanya had a big deep hearty laugh. She was all instinct and beauty,” Rupp tweeted on Monday. “In the first season of 70’s we had a scene in the kitchen, drinking cocktails and laughing together. She laughed, spit her drink in my face, apologized profusely and did it 3 more times. I loved her. RIP beauty.”

The actress shared the same GIF from the series as Grace, adding, “To quote @TopherGrace :).”

That ‘70s Show, which aired for eight seasons from 1998 to 2006, also starred Mila Kunis (who married Kutcher in 2015), Danny Masterson, Prepon, Wilmer Valderrama and Kurtwood Smith.