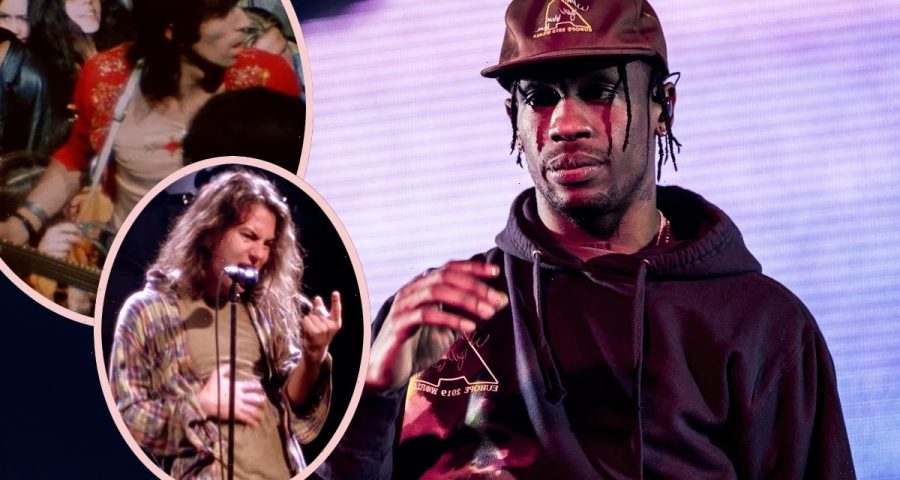 With a death toll of 10 people as of this writing, Travis Scott‘s 2021 Astroworld is now one of the deadliest concerts in history — but far from the top of that list.

Sadly the list of tragedies goes back several decades. Death tolls range from a single, symbolic killing to well over 100 souls lost in a single incident.

NOTE: We are not including concerts which became targets for mass shootings or terrorist attacks. The fact those things sometimes happen at concerts because they provide a large group of vulnerable targets is awful, but it’s not the focus of this examination.

In every case we’re looking at here, this was something that should have been a perfectly safe concert-going experience. But due to poor choice of venue, security, theatrics, or other factors they turned into fatal nightmares for fans… 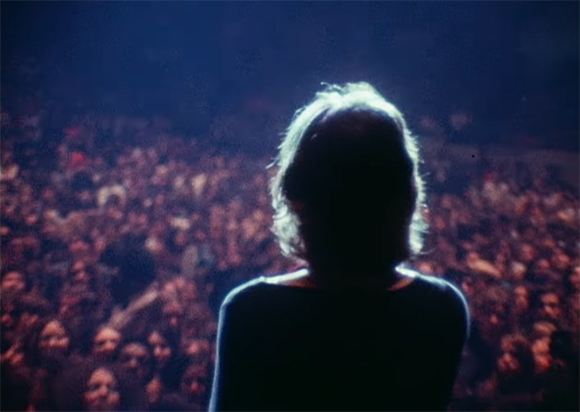 On December 6, 1969, the Rolling Stones tried to recreate the peaceful magic of Woodstock with a free concert at the Altamont Speedway in California. Unfortunately their novel idea for security was to employ the Hell’s Angels biker gang — armed with pool cues.

That turned out to be as bad an idea as it sounds. One member assaulted the lead singer of Jefferson Airplane, leading the Grateful Dead to refuse to perform. But the Stones went on anyway, and at one point a large group of fans tried to rush the stage. The Angels beat them back, leading an 18-year-old boy named Meredith Hunter to pull a gun. He was stabbed multiple times by one of the gang members, Alan Passaro, who was later acquitted of murder charges on grounds of self-defense.

The entire shocking incident was caught on film as a documentary about the Stones’ tour was being made. In fact, the incident appears in the final cut of 1970’s Gimme Shelter. 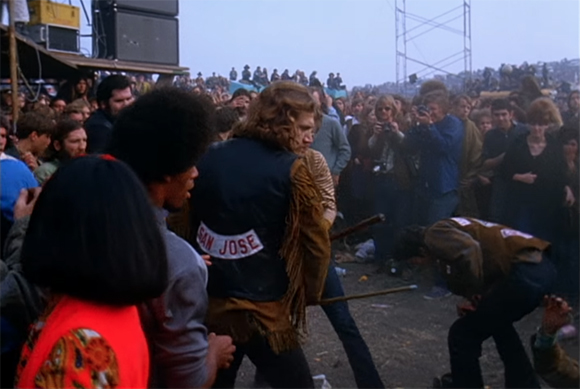 One of the deadliest concerts of all time happened at a little-known venue in Southgate, Kentucky, called the Beverly Hills Supper Club.

In May of 1977, an over-packed crowd was awaiting a performance by singer John Davidson when a fire broke out. Unfortunately the flames spread quickly, and evacuation was difficult — exits were poorly marked, people ended up bottlenecking at the doors.

When the smoke cleared, 165 people never made it out of the club alive. 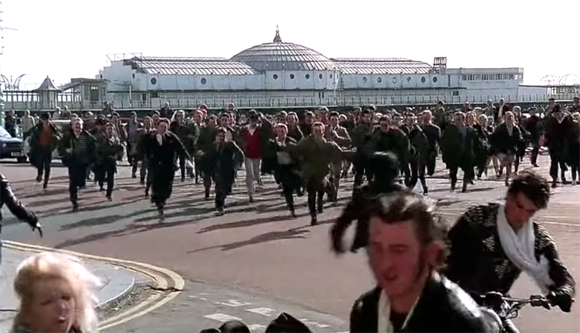 In the middle of their 1979 world tour, The Who sold out Cincinnati’s Riverfront Coliseum — over 18,000 tickets sold. Due to conflicting information, the crowd gathered a bit too early in front of the stadium. Then for some reason only one pair of doors was opened, leaving those standing in front of all the other entrances confused. The crowd slowly trickled in through that one set of doors for a couple hours.

Then disaster struck. The crowd heard the classic rock gods playing. It’s unclear whether this was a sound check or the stadium playing The Who’s film, Quadrophenia — but to the masses still waiting outside, it sounded like the band was taking the stage. The crowds in front of the unopened doors surged forward in an attempt to get in to see the show.

Those in the very front got trampled. Ultimately 11 died from asphyxiation, crushed by the weight of the crowd behind them. 26 others were reportedly injured.

Shockingly the concert went ahead, with the band none the wiser. They weren’t told until after the show — and paid tribute at their next show, with singer Roger Daltrey telling the Buffalo, New York crowd:

“We lost a lot of family last night. This show’s for them.”

The Who haven’t been back to Cincinnati since. But in 2019, guitarist Pete Townshend admitted all these years later he still regrets that the band didn’t cancel their next show and stay even a day to mourn. They finally planned to return for a show there in April 2020 — but it was canceled due to the pandemic. 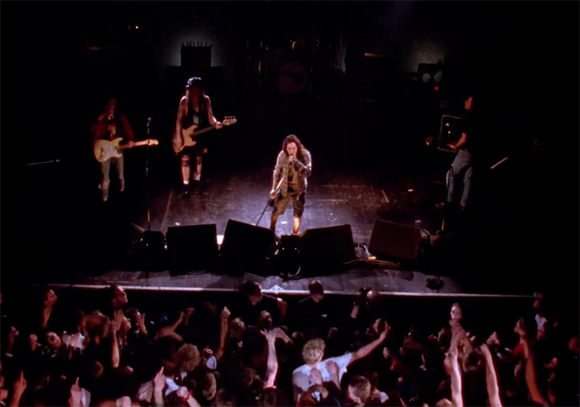 After days of rain during Denmark’s Roskilde Festival in June 2000, headliners Pearl Jam finally took the stage. It’s still unclear what factors led up to the crush — moshing on the wet, muddy ground after a day of heavy rainfall; slippery crowd surfers who couldn’t be held up, the audience trying to get closer to the stage. What we do know is that about half an hour into the show, several people fell close to the front of the stage, right in front of the barrier, where security couldn’t see them. The crowd surged forward, and people were pushed over the fallen.

When some audience members made it over the barrier and told security what happened, word got to the band, who stopped the show and told the 50,000-strong crowd to take a few steps back so those who had been crushed underneath could be rescued. It took several minutes, and for those at the bottom it was too late. Nine people died of asphyxiation.

Interestingly, as was noted later, all those who lost their lives were men — according to reports, several women close to the stage were helped out of the area earlier due to fear of the crowd pushing.

After a thorough investigation, it was ruled there had been no criminal actions. Pearl Jam have since refused to play any music festival without a detailed security plan in place. 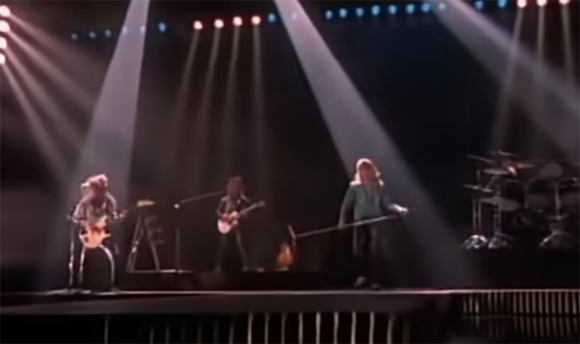 Classic rock band Great White had just begun their gig at The Station nightclub in West Warwick, Rhode Island when during their opening song their pyrotechnics set fire to the acoustic foam in the walls and ceilings by the stage. Because of the flammability of the foam, the resulting fire spread throughout the venue in under a single minute. Within just two minutes the entire venue was full of thick, black smoke — choking the audience and making it more difficult for people to find the exits.

In a very short amount of time, 100 people lost their lives, and another 230 were injured. It is to date the fourth-deadliest nightclub fire in US history, just behind the Beverly Hills Supper Club.

The tour manager said to be behind the pyrotechnics display, 26-year-old Daniel Michael Biechele, pleaded guilty to 100 counts of involuntary manslaughter. Biechele was sentenced to 15 years in prison but was granted early parole less than a year and a half later following support from some of the victims’ family members. The club’s owners also plead no contest and received similar sentences.

The Love Parade techno music fest in Duisberg, Germany became the site of one of the worst stampedes in music history in the Summer of 2010. A single tunnel led into the festival grounds, and crowds trying to get in on foot ended up being bottlenecked before entry. When the grounds filled to capacity — 250,000 people — police told the crowds inside the tunnel, via loudspeakers, to turn around and go back the other way.

For some reason, perhaps the dark, the crowds pushing in opposite directions, a panic spread through the mass of people in the small space, and a stampede ensued. Over 500 people were injured, and 21 were killed.

Both the police and the event organizers were blamed for not preparing for the amount of people. After years of investigation, ten people were put on trial for manslaughter in 2017 — but in May of 2020, the trial was discontinued without a verdict.

The annual Love Parade festival, which had started as a political demonstration in West Germany in 1989, was never held again. 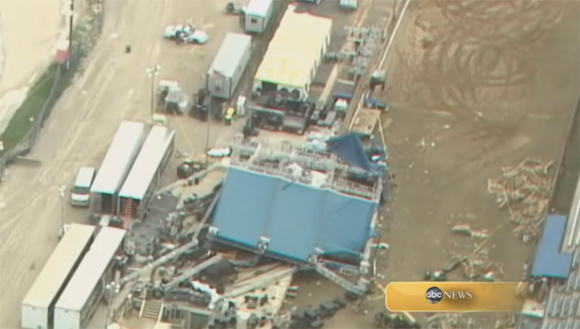 As a packed crowd at the Indiana State Fair in Indianapolis awaited a performance by country duo Sugarland in August 2011, a storm with strong winds gusting up to 70 mph — nearly hurricane strength — blew through the grounds, causing the metal scaffolding to twist and fall, bringing the entire stage collapsing onto the crowd.

Investigations found the scaffolding was not up to code, and the Indiana State Fair Commission did not have proper emergency plans in place. In the end, the families of the victims and injured survivors reached a $50 million settlement with the various companies involved. 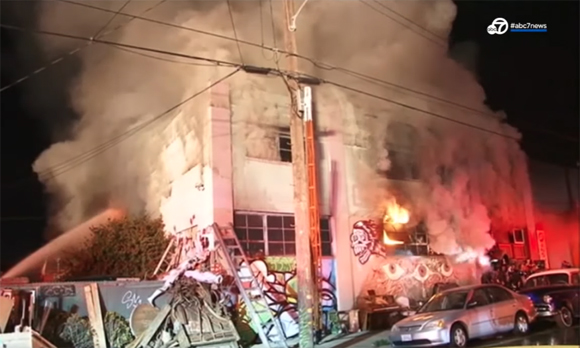 In December 2016, an underground electronic music show became a death trap for dozens. The party was put on at a warehouse in Oakland, California, where an artist collective called the Ghost Ship had taken up residence. The building had no working sprinklers or smoke detectors and contained an illegally constructed second floor which, according to an investigation, was full of flammable materials.

So when a fire broke out in the middle of the show, the warehouse went up fast — and killed 36 people.

Derick Almena, the primary leaseholder of the warehouse space, pleaded guilty in January 2021 to 36 counts of involuntary manslaughter and was sentenced to 12 years in prison — to be carried out partially as time served and partially on home arrest in an ankle monitor.