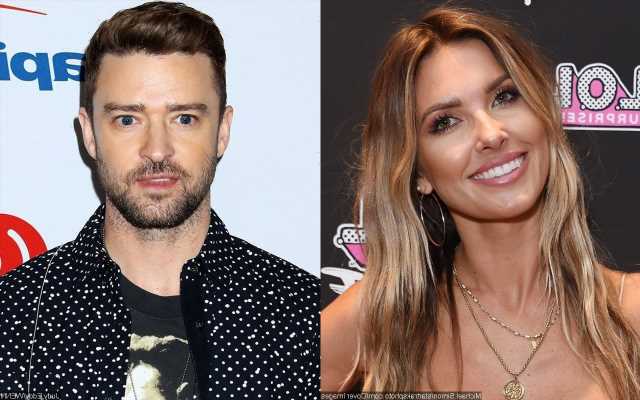 In her new memoir, the former ‘The Hills’ star recalls the moment she and her then-co-stars Lauren Conrad and Whitney Port presented an award to the ‘SexyBack’ singer only to be ‘annoyed’ at his attitude.

AceShowbiz –Audrina Patridge was never a fan of Justin Timberlake and only had bad memory about the singer after their meeting at the 2007 MTV Video Music Awards. The reality TV star calls out the former NSYNC member over his “rude, diva behavior” when she and her former “The Hills” co-stars Lauren Conrad and Whitney Port presented him an award at the event.

Audrina details the encounter in her new memoir “Choices: To the Hills and Back Again”. “We were invited to so many awards shows, and even asked to present a few times,” she writes. “I’ll never forget the 2007 MTV Video Music Awards, in particular. Lauren, Whitney and I were onstage to present the award for Male Artist of the Year.”

The 37-year-old says while “Lauren and Whitney were beyond excited when Justin Timberlake won, because they were superfans, his wasn’t my kind of music, so I couldn’t have cared less, but I was excited for them.”

However, Audrina soon learnt that she’s also not a fan of Justin’s personality. “And then Justin wouldn’t even come up to us and accept the award in front of a packed house! Chris Brown came up onstage with him, took the award from us himself, and then presented it to Justin as we backed off to the side,” she pens.

Although Justin praised Chris in his acceptance speech, it was actually Justin’s longtime collaborator and producer Timbaland who took the statue from them. Audrina goes on to say that Justin “devastated” Lauren and Whitney with his actions, while she herself was “annoyed at his rude, diva behavior.”

As if that wasn’t bad enough, Justin then dissed reality shows in his speech. ” ‘MTV, play more d**n videos. We don’t want to see ‘The Simpsons‘ or reality television,’ ” Audrina adds. She calls the pop star’s statements a “personal attack” and says the women were “humiliated.”

Lauren previously gave her take on the encounter, telling Us Weekly in 2014 that meeting Justin was “the biggest letdown.” She shared, “I have always loved him, and he was a disappointment at the VMAs. Whitney and I presented him with an award. We were so excited, and he wouldn’t even take the award from us.”

“Then he went up to the microphone and insulted reality television on MTV. We were standing up there smiling, and I felt so stupid,” she said. Years later, Lauren told the tabloid her childhood crush ended the moment Justin dissed her friends. “It was probably the end of my love for him,” she admitted.