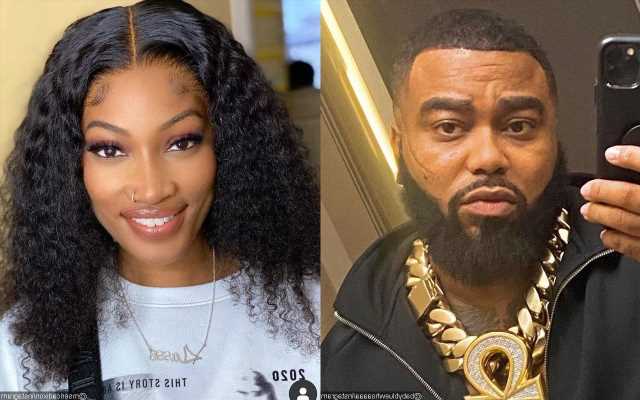 The ‘LHH: New York’ star takes to her page to ask her followers about what seemingly bothers her at 1 A.M., earning response from the Pretty Ricky singer.

AceShowbiz –Erica Dixon sparked debate with her post on Twitter. The “Love & Hip Hop: New York” star took to her page to ask her followers about what seemingly bothered her at 1 A.M. on Thursday, December 30.

In the said post, she asked whether it was a “red flag” when a straight man complimenting another guy’s look. “I heard a straight guy saying another guy was nice looking. Am I tripping or that’s a red flag?” so she asked.

Among those who reacted to the question was Pretty Ricky‘s Baby Blue. The rapper appeared to have a strong response to the question, writing in an Instagram comment, “Nah, that’s super homophobic to think a guy can’t compliment another guy,” Blue commented. “A man with alot of confidence that is secure with his sexuality not only can give a male a compliment but he can also have gay friends or family members and not feels compromised. This is 2022! We gotta do better.”

After the comment was reposted on Hollywood Unlocked’s Instagram account, Baby Blue clarified his remarks. “Btw, I love Scrappy and his family! We just having an open conversation with instagram at this point. She was just asking a question. I’m sure she meant no harm,” he wrote.

Later, Tammy Rivera joined in the conversation as she commented on Hollywood Unlocked’s post about Blue’s reaction. “I don’t think nothing wrong with a GROWN man saying another guy look nice smh.”

Some users were also on the same page with Blue. “Love Erica but i agree with Baby Blue on this one,” one fan said. Someone else added, “There nothing wrong with a compliment.. people be reaching.”

“Y is this even a question/ the world is strange,” another person commented. One other, meanwhile, apparently didn’t expect such response coming from Baby Blue. Damn who knew Baby Blue would be the voice of reason?”