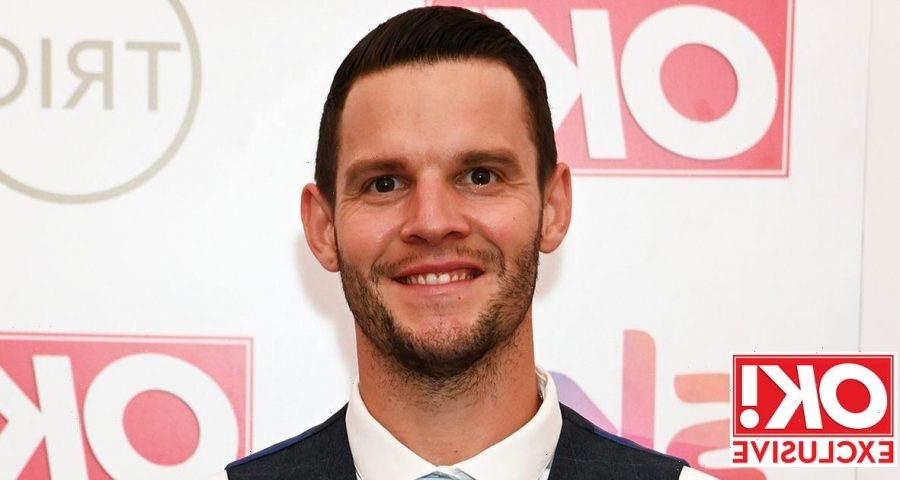 The Great British Bake Off’s former contestant Dave Friday has shared some important advice for this series’ brand new bakers, including a warning not to “Google” their names.

During an exclusive OK! interview with fellow star Peter Sawkins at the TRIC Awards ceremony, Dave explained social media would be the biggest issue for the contestants this year.

“Social media is going to be very new to them, understanding how everything works," he said.

“Don’t google your name. Just try and watch and enjoy it,” the baking extraordinaire then warned.

The star then admitted dealing with the immense criticism from viewers was a huge struggle, but insisted the main solution is for contestants to remove themselves and not read the harsh comments.

“It was very tough,” Dave said. “Just remove yourself from the platforms that are the nastiest.”

“The vast majority of the fans want to support you and enjoy the show,” Peter Sawkins continued. “There’s a few people out there that say nasty things and you’ve just got to try and dissociate from that and not think about it."

Dave, who welcomed a son named Ronnie with his fiancee Stacey Valentine last year, chimed in to encourage contestants to support their fellow bakers too, as he said it’s the “ones who get it the most” that need “the most support”.

Peter went on to say he thinks it’s going to be a “very different experience” watching the new competition on the outside.

“I think we’re going to have a bit more compassion with the bakers because you know what goes on and how much work is put into it,” the baker said. “But I think we’re just excited to see them and support them along the journey, because so many people supported us."

Outside of worrying about how the bakers will cope under the intense pressure and scrutiny of being on one of the UK’s most popular TV shows, the former contestants shared some interesting behind-the-scenes tidbits.

Talking about what the strangest thing was about working in the iconic white tent, Peter revealed that the benches fans see onscreen are actually “surprisingly small”.

“When you have a big showstopper bake you’ve got to find innovative spaces to keep different things,” he explained. “So you might have your eggs in the proving drawer.

“You might be sticking some flour in the microwave just to make space on the bench,” the star added with a laugh.

It comes as show judge Paul Hollywood recently revealed he had put on 12lbs "during filming" of the latest series, as he opened up on feeling "p****d off" about the results of the experience.

The Great British Bake Off returns Tuesdays at 8pm on Channel 4.