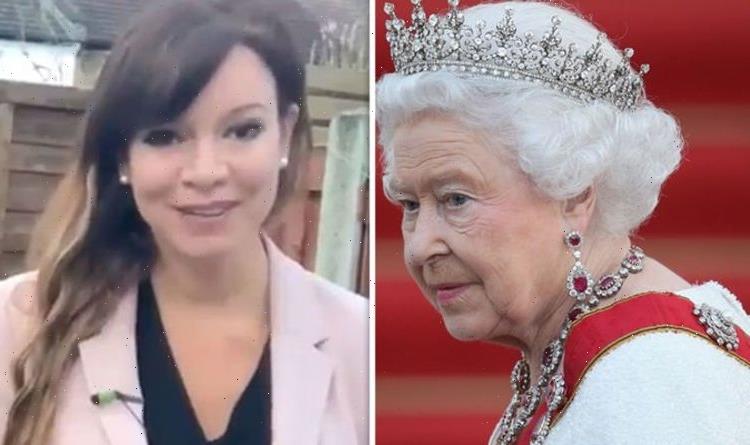 Queen to spend Christmas with Charles and Camilla at Windsor

BBC weather star Elizabeth Rizzini has had her fair share of meetings with members of the Royal Family, but none stuck out more than her first time seeing the Queen. The meteorologist recalled their first meeting when she attended the Chelsea Flower Show.

The mum-of-two confessed that she stumbled over her words after coming face-to-face with Her Majesty.

Elizabeth revealed that her first encounter with the royal didn’t exactly go to plan.

The weather forecaster explained that she was very “excited” to be in their presence but was at a loss for words.

She explained: “I’ve seen certain members of the Royal Family at Wimbledon and I’ve also met them at the Chelsea Flower Show.

“I met Prince William, Kate Middleton and Prince Harry there.”

The on-screen meteorologist added: “The Queen sort of bypassed me but that’s fine because I saw her.”

Elizabeth admitted that she struggled to speak with them as she couldn’t muster anything “intelligent” to say to them.

“I’m a big fan of the Royal Family. I was a bit starstruck,” she chuckled.

“I couldn’t believe how tall and beautiful they all are.”

She added: “I couldn’t think of anything intelligent to say. That’s just me all over. If I’m intimidated by somebody I can’t really talk to them.”

The BBC forecaster has presented the weather for BBC London News while in the show gardens at the Chelsea Flower Show.

Another popular annual event where Elizabeth has met the Royal Family includes Wimbledon.

She also shared her disappointment at not being able to front the weather on the tennis courts this year.

The weather forecaster revealed she was unable to attend the sports event as she admitted the BBC had fewer media presence as a result of Covid restrictions.

Elizabeth explained: “I love doing Wimbledon. I wasn’t there this year.

“They weren’t issuing as many passes so there wasn’t a big BBC presence as there is normally which is a shame.

“But I’m hoping that I’ll be able to go back as that is the highlight of the year.”

Elizabeth admitted she has not seen her colleague in a long time due to restrictions at the studios.

“I haven’t seen Carol in such a long time. It’s such a shame. It’s because of Covid,” she explained.