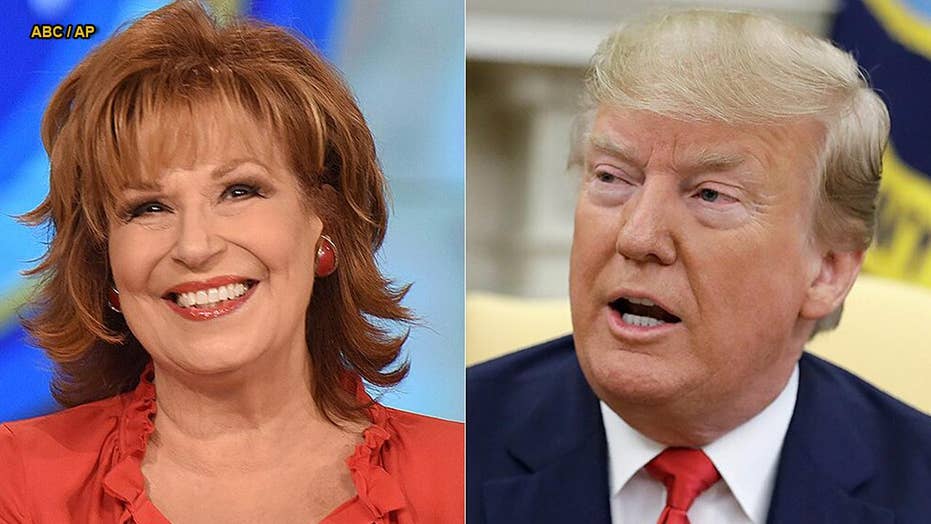 ‘The View’ co-host Joy Behar didn’t hold back when commenting on President Trump’s heavy criticism of freshmen Democratic congresswomen, Reps. Alexandria Ocasio-Cortez, D-N.Y., Ilhan Omar, D-Minn., Rashida Tlaib, D-Mich. and Ayanna Pressley, D-Mass. Behar said Trump is ‘running very scared right now,’ and that ‘he is like a cornered rat.’ Her comments came as Trump stood by his original criticism of the group known as ‘The Squad.’

"You're over, you're finished, put a fork in it," she said in a message to former CBS anchor Charlie Rose. Behar said that Rose, along with other disgraced anchors like NBC's Matt Lauer, were "interchangeable" on television and shouldn't return.

Lauer, Rose and other television personalities were just some of the high-profile figures tainted by sexual misconduct allegations in the #MeToo era.

"Even Matt Lauer — who I always liked — we can replace Matt Lauer. … Go into the sunset now. Take your money, you're done," she said.

Behar was responding to an interview in which personality Billy Bush discussed his involvement with the infamous "Access Hollywood" tape released just before President Trump's election in 2016. In it, Trump says crude remarks about women, urged on by Bush. Although Bush initially lost his job at NBC, the network brought him back years later to host the entertainment show "Extra."

"Why does Billy Bush have to come back?" Behar asked on Tuesday. "You mean there aren't 10 other people who could do that job — interview Honey Boo-Boo — you know what I mean? Or whatever it is he does," she added.

At the same time, Behar defended former Sen. Al Franken, D-Minn., who faced multiple allegations of sexual misconduct before resigning in 2018. Franken, Behar indicated, was much better than Bush.

"You can't put him in the same category as Billy Bush. The man is a brilliant senator," she said.