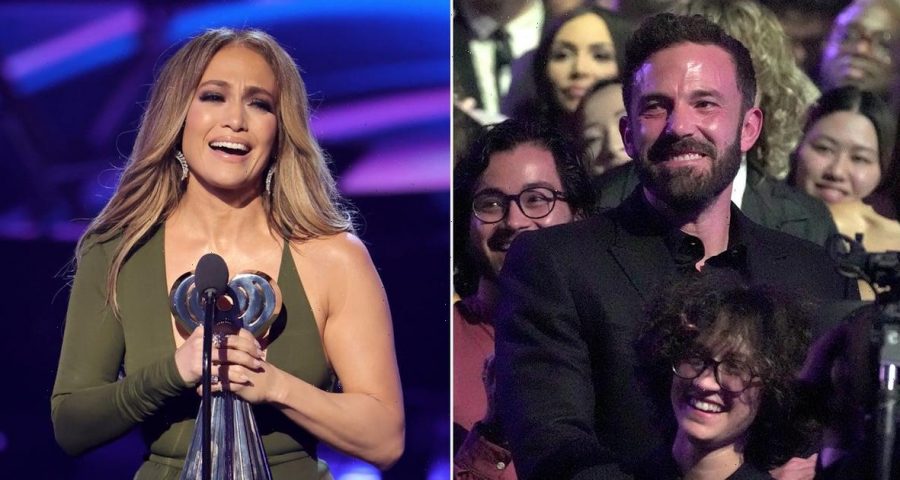 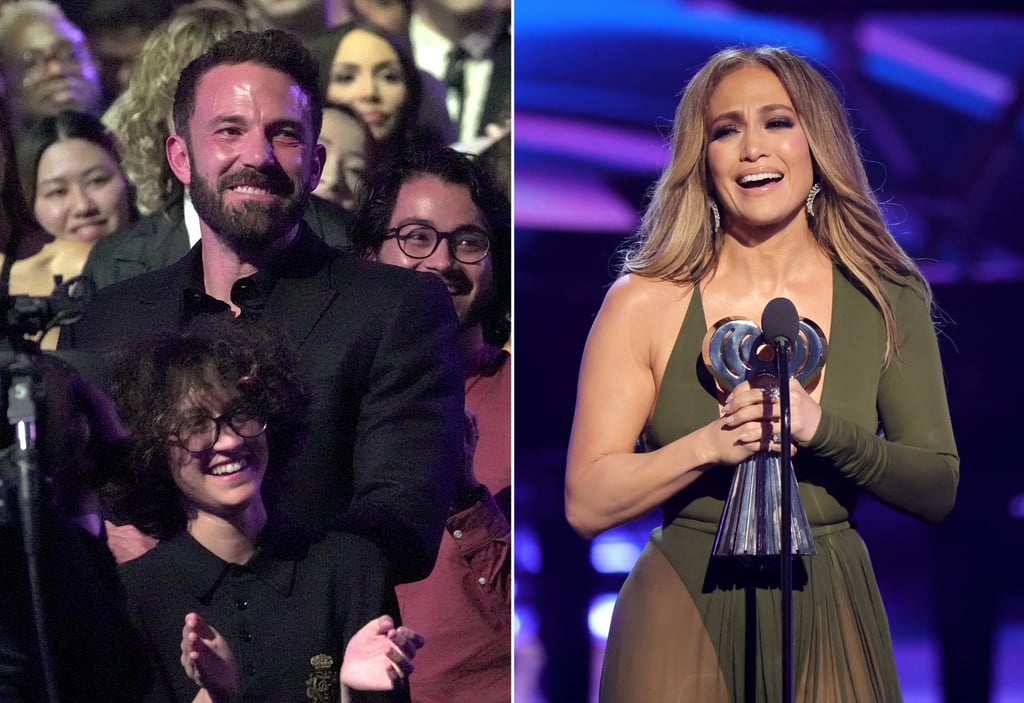 Jennifer Lopez had two of her biggest supporters in the crowd at the iHeartRadio Music Awards. As she accepted the icon award at the Los Angeles show on March 22, Ben Affleck, his 10-year-old son, Samuel, and Lopez’s 14-year-old daughter, Emme Muñiz, beamed with pride in the crowd. Talk about a sweet blended-family affair! The cameras caught Affleck and Muñiz standing, clapping, and smiling from ear-to-ear while Lopez spoke on stage.

After LL Cool J presented her the icon award trophy, Lopez delivered a speech thanking fans for their support throughout her decades-long career. “I appreciate this so much, so very, very much,” the 52-year-old multihyphenate said. “I wish I could tell you that awards were the most important to me, but that’s not true. And don’t think that I don’t appreciate the shiny, sparkly things, because I do! I cannot lie, everybody knows that I do. But this isn’t why I do this. It’s not what matters most to me. I really do it for you guys.” She continued, “You guys are the ones who give me the opportunity every day to live a life I couldn’t even imagine would come true when I was a little girl growing up in the Bronx.”

After sharing her acronym for the word “icon” — which, for her, stands for “I can overcome negativity — the star concluded, “Let me tell you something else: I’m just getting started.” The Shrine Auditorium audience erupted into cheers.

Later on during the show, Lopez graced the stage again for a truly iconic performance. Billy Porter kicked things off by presenting a group of drag performers in some of Lopez’s most memorable outfits from years past, including her green palm-print Versace dress, her 2018 Met Gala gown, and even the silver fringed bodysuit she wore in “Hustlers.” Lopez then appeared in a long fur coat that read “Equality” while singing “On My Way” from the “Marry Me” movie soundtrack. She shed her outerwear to reveal a cutout jumpsuit before throwing it back with her 2005 hit “Get Right.”

Ahead, see all the footage of Affleck looking like one proud boyfriend while watching Lopez in action at the award show.