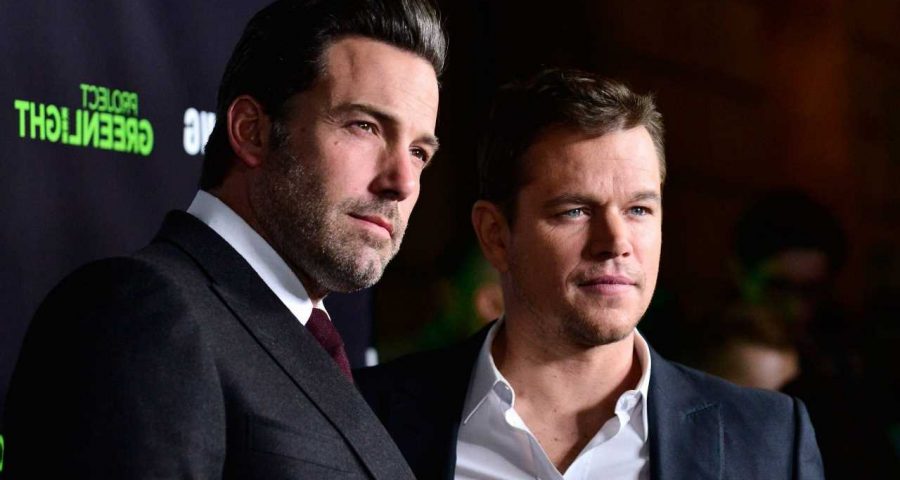 Ben Affleck’s opening up about his longtime friendship with Matt Damon. The Gone Girl actor said in a recent interview his “sanity and mental health” have “really benefited” from having Damon in his life. From their days as kids in Massachusetts to writing Good Will Hunting and becoming household names, Affleck’s always had Damon in his corner.

Affleck and Damon didn’t meet in Hollywood at an industry event or on a movie set. They met long before they became successful actors. The two grew up down the street from each other in Massachusetts.

Damon’s stint at Harvard University in the ‘90s would forever change the course of their lives. The Stillwater star had to write a screenplay as part of a class assignment. He and Affleck eventually turned it into a 1,000-plus page screenplay for what would become Good Will Hunting. They sold the screenplay, starred in the movie alongside Robin Williams, and went on to win the Oscar for Best Original Screenplay.

Catapulted to fame their lives changed and they were both starring in major movie productions. But, unlike other actors, they had each other to turn to and rely on in the good times and bad.

Affleck knows just how important Damon’s friendship is to him. Speaking to GQ about his longtime friend, who appeared on the cover of the magazine’s October 2021 issue, the Argo star said Damon’s helped keep his own “sanity and mental health” in check. It goes back to their history together and having known each other before they were famous.

“I can’t speak for Matt but my own kind of sanity and mental health really benefited from having someone who I grew up with and knew as a child who was also going through something similar,” he said, referring to “this 20-year-plus journey of being in the public eye.”

Affleck continued, saying he “could reflect on it with honestly, talk things over with, be myself with, who I knew why we were friends, why he was interested and loved me, why I loved him.”

The Way Back star added that wonders how people can manage the spotlight without having someone like Damon in their life.

“I often think of people who just become successful and then get thrust into this, and I think, ‘How do they do it without having somebody that they can talk to? Who they can trust? Who knew them before?’ It’s just been such an asset to me—and, I think, I hope, to Matt—this relationship that we’ve had,” he said.

Get ready to see the best friends on the big screen because they’re teaming up again for another project. Affleck and Damon star in The Last Duel, the upcoming historical drama directed by Ridley Scott. They co-wrote the screenplay with screenwriter Nicole Holofcener.

Among Damon and Affleck’s co-stars are Killing Eve’s Jodie Comer and Adam Driver. The Last Duel premieres on Oct. 15, 2021.