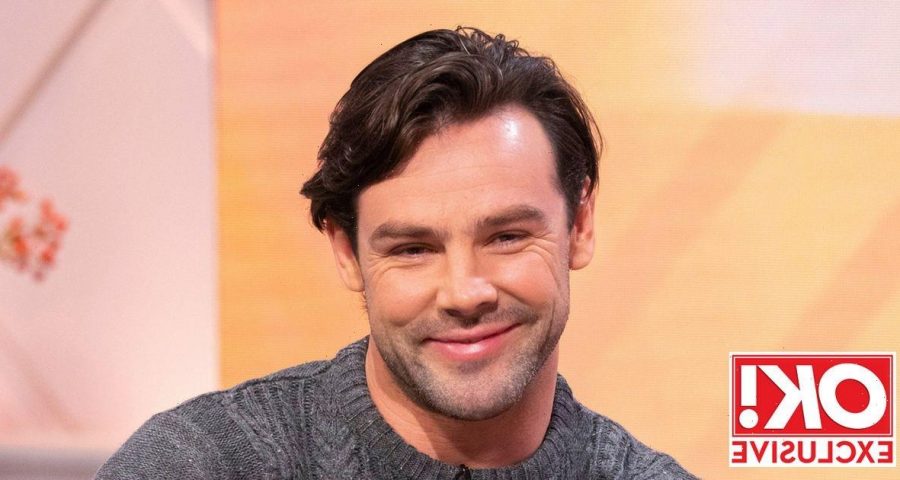 Dancing On Ice contestant Ben Foden has opened up about his friendship with fellow rugby star Thom Evans and given his thoughts as to whether he thinks Thom will propose to girlfriend Nicole Scherzinger.

Ben shared his insight into pal Thom's relationship as he sat down for a chat with OK! and wife Jackie Belanoff-Smith this week.

When asked if he was still in touch with the Try Star boys – the name of Ben's band when performing on Celebrity X Factor in 2019 – Ben said he'd recently shared a night out with Thom and was chatting to Thom's brother Max about Dancing On ICe.

He explained: "I am [in touch with them.] Max Evans, Thom’s brother, did Dancing on Ice so I’ve spoken to him about it. I saw Thom just before we flew over to do this, during Halloween, I saw him and Nicole and two of their friends.

"We had a few nights out. Me and Thom have been in and out of each other’s lives since we were 18, so it’s always fun catching up with him and making sure when the stag do is happening I can get an invite!"

Of course, OK! then asked Ben if he thinks an engagement could be on the cards for Nicole and Thom, Ben said: "They seemed very happy when I saw them.

"I don’t think they are putting a time limit on it, they’re just getting to know each other. They’re very new to it. If they are going to take any advice for Jackie and I, it would be to go for it!"

Ben married Jackie after just two weeks of dating in 2019, the day his divorce from The Saturdays singer Una Healy was confirmed. The couple now share a daughter, Farrah, who is nineteen months old.

Meanwhile, Thom, 36, and Nicole, 43, confirmed their romance in January 2020 and have been pictured looking loved up on a string of holidays over the last two years.

In December, they were pictured soaking up the sun during a trip to the United Arab Emirates, while they also enjoyed breaks in Hawaii, Portugal, Italy and Greece last year.

For more celebrity updates, sign up to our daily OK! newsletter.