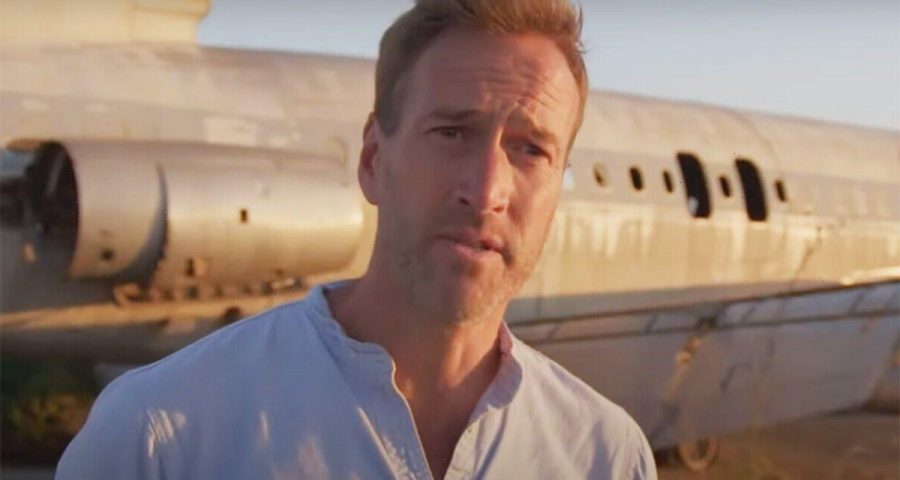 Ben Fogle, 49, chatted to Express.co.uk about the release of his newest series, Ben Fogle’s Lost Worlds. The series, which will air again on New Year’s Day, saw Ben visit Detroit, Scotland and Cyprus on a mission to tell some of the untold stories from human history.

Ben, who is also known for his work on Animal Park and New Lives in the Wild, said he was particularly excited about his newest series because it was so “different”.

He said: “I’m looking forward to people watching it because it’s different from what I normally do.

“I usually spend time in proper wild, rugged parts of the world, and Lost Worlds by and large takes me to urbanised and certainly civilised settlements; more urban than rural.

“I also go to an island destroyed by a volcano, there’s a whole mix throughout the series. I try to see what good can come from devastation.”

Ben explained that the series came about following his successful Chernobyl documentary, Inside Chernobyl, which saw him spend a week inside the exclusion zone.

He went on: “[Inside Chernobyl] was out last year to see what had happened with the rewilding of an abandoned location, and [Lost Worlds] carries on the same.

“We’re seeing what happened after the war in Cyprus with the demilitarised zone, the Green Line, the islands of St Kilda and other Scottish islands.

“I’ve really, really enjoyed doing it because it has tested me.

“You know, going to Detroit and meeting gang members and exploring the murder capital of the United States is very different to the kind of environments I usually work in. I hope the audience will like them.”

He added that he consciously tries to keep “mixing things up” in his career in order to keep people interested and therefore stay employed.

Ben continued: “Lost Worlds is very different to what I have done before, but I also believe that you have to keep mixing things up.

“Otherwise, people get bored of you and before you know it you’ve got your P45 and you’re out playing golf all day, and I don’t like golf so that’s not going to work for me!”

Ben Fogle’s Lost Worlds airs Sunday from 3.30pm on 5select. It is also available to stream on My5.