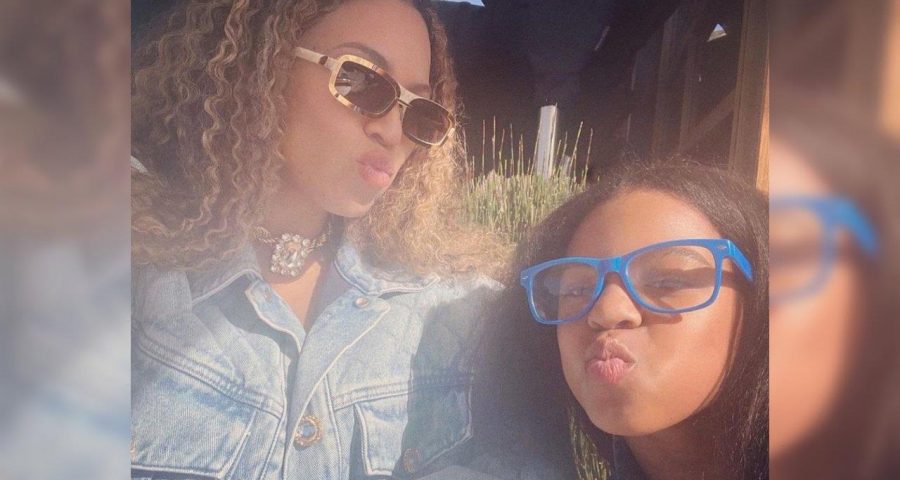 In the 36-second promotional video shared on Instagram, Sir, Rumi and the nine-year-old Grammy winner appear alongside their superstar mom in different frames.

AceShowbiz –Beyonce Knowles‘ twins have made their modeling debuts at just four years old. Sir and Rumi, whom the singer shares with husband Jay-Z, joined their big sister Blue Ivy in a new campaign video for Ivy Park Rodeo Kids.

In the 36-second promotional video, the toddlers could be seen wearing matching blue sweatsuits. While one of the kids stood next to the R&B star in an arena with blue fireworks flashing behind them, the other was being held by the mother of three in her arms.

As for Blue, she made a brief cameo alongside her mom as they sported matching purple hoodies and cow-print leggings. The nine-year-old Grammy winner and the “Halo” songstress adorably walked hand-in-hand on a pile of hay.

“The rodeo isn’t just for the grown ups. Introducing IVY PARK Kids #ivyparkrodeo #ivyparkkids,” so read the caption shared along with the ad on Ivy Park’s Instagram account. The collection will be available online on August 19 and in select stores on August 20.

On the reason why Beyonce branched out into children’s clothing, she told Harper’s Bazaar in September, “On our family vacations, we love to coordinate our outfits.” She further explained, “My kids are usually on set with me for shoots, and we’d find ourselves putting them in extra-extra-smalls so we could match. So it is a natural progression for IVY PARK to introduce a selection of key silhouettes in children’s sizing.”

While it’s the first time for Beyonce’s twins to be featured in Ivy Park’s campaign, her eldest daughter Blue made her first appearance back in February for the “Icy Park” capsule collection. At that time, Blue modeled a cropped printed jacket, leather pants and a fanny pack that she paired with white sneakers and a brown face covering. In another scene, she could be seen donning a colorful printed parka and track pants.

Blue has since been praised by her grandmother Tina Knowles for her modeling skills. Sharing the clip on Instagram, she gushed, “My Beautiful grandbaby Blue Ivy looking like a little super model in her Ivy Park . Swing your hair Blue ,!!!!!”