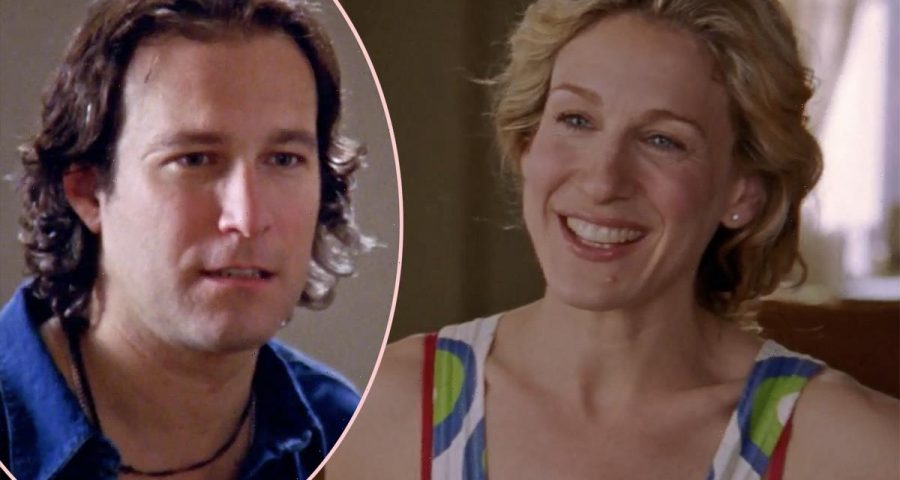 Well, well, well. It turns out John Corbett was telling the truth after all! He was just a little quick on the draw!

Back in 2021 as the Sex and the City revival series was still being written, the actor teased to Page Six that he was coming back — and “might be in quite a few” episodes. Fans went wild with speculation about what this meant for Carrie and Big, Carrie and Aidan, and Aidan and whatever lady he wound up marrying.

But when And Just Like That… finally premiered, it quickly became clear how Carrie reconnecting with an old flame didn’t fit into what they were doing at the time. Maybe he could have been in the position of Peter the Math Teacher, the first guy Carrie dates after Big… but that wouldn’t really make sense. That had to be someone new, because falling into Aidan’s arms would have felt less like breaking new ground and more like being comforted by an old friend.

Well, apparently the answer to that question is… the future! According to Deadline‘s Nellie Andreeva, Aidan is coming back for Season 2! And it’s just like Corbett said initially — her inside sources tell her Aidan’s part will be quite large!

Man, it’s moments like that last sentence that really make us miss Samantha…

Innerestingly, Sarah Jessica Parker quickly denied it when her former co-star first teased his comeback. She told Andy Cohen he’d said it “as a joke” that she’d thought was “kind of fun.” And showrunner Michael Patrick King told Deadline after the finale aired that they “never intended” to bring back Aidan:

Mm-hmm. Or… hear us out… Maybe at the time they had more of an arc planned initially — maybe what happens in Season 2 — and they didn’t realize how little ground they’d be able to cover in that first season! Maybe they reached out to him and asked if he was available before planning around him, he told them he was, and naturally he expected it to happen??

It certainly seems like a lot was changing and fast as they crafted that controversial first season. There were cast members officially announced who never showed up, we saw photos of scenes being filmed that weren’t in the show at all.

What do YOU think, Perezcious viewers? Was Corbett telling the truth all along? Are they just making everything up as they go over there??