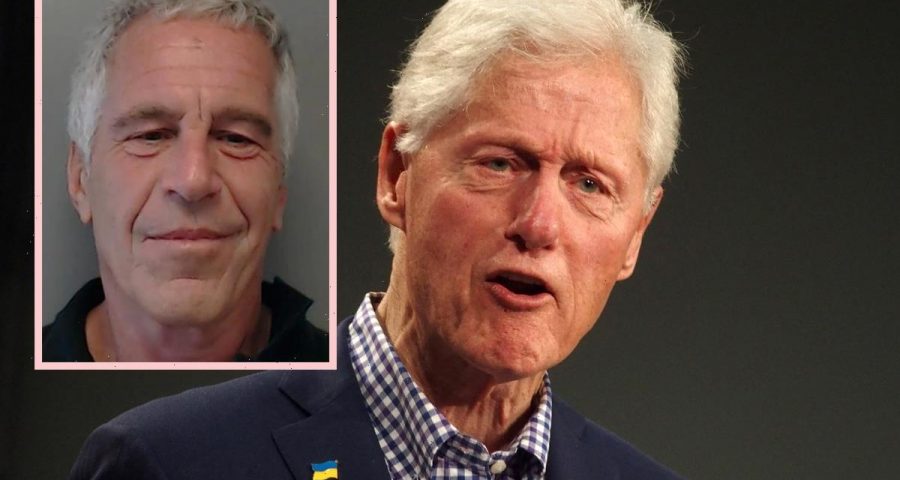 Looks like Bill Clinton is still a member of the exclusive club of sketchy men who haven’t provided good answers for their relationship with Jeffrey Epstein — along with Prince Andrew, Bill Gates, Alan Dershowitz, and of course fellow former POTUS Donald Trump.

TWO US presidents pals with an accused child sex trafficker? No wonder people hate politics. (Happy Election Day, btw!) And Trump and Clinton’s hidden connections to Epstein have only been more filled out over time…

We found out last year, for instance, that Epstein visited the White House at least 17 times while Clinton was president. And of course there’s the fact the ex-Prez rode around on the so-called “Lolita Express.” Gross.

So fair enough, we suppose, when some guy ambushed Bill with an Epstein question during a Democrat rally in Texas on Monday night. Juan Mendoza, a reporter with a far-right news channel called Real America’s Voice, caught Clinton coming out and asked him:

“Mr. Clinton, any comment on the allegation of your alleged connection with Jeffrey Epstein?”

Obviously this was meant as a sort of “gotcha” just before Super Tuesday, considering the source. But Clinton walked right into it, laughing off the question and responding:

“I think the evidence is clear.”

Um… what? Is it? How’s that? You palled around with a sex offender whose whole deal was getting powerful men under his thumb with the use of underage girls he trafficked. This is a matter of record at this point seeing as his accomplice Ghislaine Maxwell was convicted. What exactly is it ya think exonerates you, Slick Willy?

Look, we’ll say it again. We don’t know for sure what happened with any of these men and Jeffrey Epstein. But considering what he was doing, it’s on every man who had a relationship with him to account for it. And considering there are leaders from both parties among their number, this isn’t the score for the right wing this reporter seems to think it is. Just sayin’.

See the full video of the encounter (below):

Seriously, Bill, how hard is it to say you find Epstein’s crimes, both alleged and proven, deplorable beyond reason? That you think everything about his organization should come to light because you have nothing to hide, and that you’ll gladly help with any and all inquiries? Too hard for all these guys, we guess…