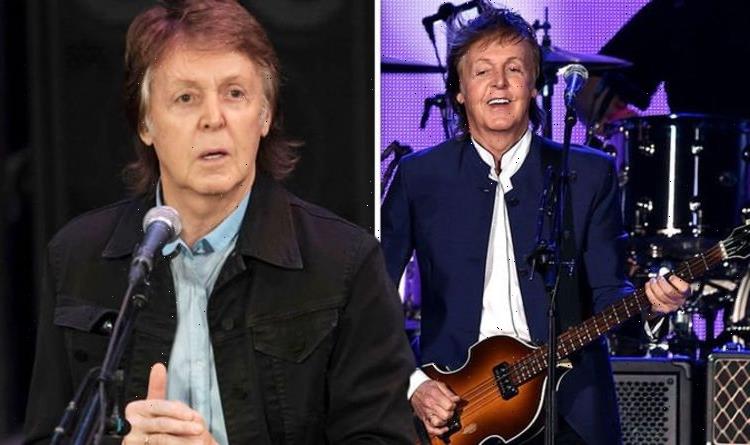 Sir Paul McCartney, 79, has revealed he finds it a “bit strange” when people ask for his autograph. The legendary musician, who rose to prominence with The Beatles, has urged his supporters to not request a selfie either.

The Live and Let Die hitmaker explained that he prefers to have a conversation with fans rather than “looking miserable” in a photo.

The musician finds the concept of signing autographs “strange” so he doesn’t comply with fans’ request to scrawl his name on a piece of paper.

Speaking in a new interview, Paul said that both he and his supporters “know who I am” so it would be a pointless exercise.

The music legend also expressed that he doesn’t like taking selfies either, usually because of their poor quality.

“What you’ve usually got is a ropey photo with a poor backdrop and me looking a bit miserable. Let’s chat, let’s exchange stories,” he explained.

He added to Reader’s Digest magazine: “It always struck me as a bit strange, ‘Here, can I write your name down on the back of this till receipt please?’ Why? We both know who I am.”

Paul’s decision comes after his bandmate Ringo Starr made the decision to stop signing autographs in 2008.

The star made the choice after he realised others were profiting from his signature.

“I don’t autograph. All autographs are on stuff that I’ve done. One of my paintings or something I’m involved with, and it goes to charity,” Ringo said at the time.

“It doesn’t just go out there for other people to sell.”

In a message to fans at the time, he said that any fan mail would not be read by him, but wished them “peace and love”.

He added: “I’m warning you with peace and love I have too much to do. So no more fan mail, thank you, thank you, and no objects to be signed, Nothing.

The musical icon was pictured alongside his wife Nancy Shevell, 61, at the star-studded function.

The former Beatles bandmate looked dapper in a navy blue suit with a crisp white shirt while his other half looked chic in a black dress.

Paul made a special appearance at the event which aims to fight poverty.

He was also billed to perform, with separate performances from Alicia Keys, Bruce Springsteen and the Jonas Brothers.