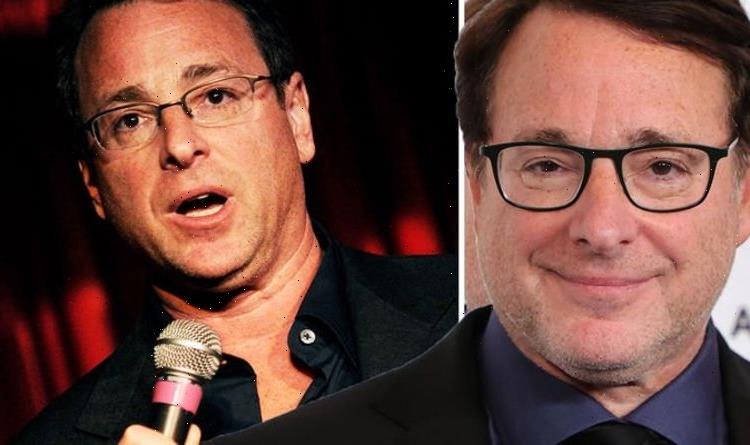 Bob Saget stars as Danny Tanner in Full House in 1987

Police believe that Full House star Bob Saget “suffered a heart attack or stroke” in his hotel room in Orlando, according to reports. The 65-year-old died on Sunday and it has now been reported that police are looking into his claim that he recently battled Covid to evaluate whether the virus played a part in his death.

Law enforcement sources recently told TMZ that a toxicology report has yet to be carried out.

However, yesterday it was reported that the actor was found lying on his bed in a position which suggested he could have suffered a possible heart attack.

Saget was found “cold to the touch” with his left arm across his chest and right arm beside him.

Police have said that the star may have suffered a medical emergency of a “heart attack or stroke” and have found no evidence of foul play.

The comedian had previously told how he had battled Covid in recent months, branding his experience as “not good”.

Appearing on A Corporate Time with Tom & Dan, Saget reportedly joked about dying from the virus.

However, a definitive cause of death is not expected to be announced for another 10 to 12 weeks, according to Orange County’s Medical Examiner’s officer.

Saget was found by hotel staff after failing to check out of his room at The Ritz-Carlton Orlando at 4pm on Sunday.

The night before, he had performed a show in Jacksonville, at the Ponte Vedra Concert Hall.

“Thanks again to @RealTimWilkins for opening. I had no idea I did a two hour set tonight. I’m happily addicted again to this sh*t. Check BobSaget.com for my dates in 2022.”

At the time, The Sheriff’s Department released a statement that read: “Earlier today, deputies were called to the Ritz-Carlton Orlando, Grande Lakes for a call about an unresponsive man in a hotel room.

“The man was identified as Robert Saget and pronounced deceased on scene.”

It added: “Detectives found no signs of foul play or drug use in this case.”

Yesterday, Saget’s widow, journalist Kelly Rizzo, told how she had been left “completely shattered” by the comedian’s death.

In a statement to People, Rizzo said: “My whole heart. Bob was my absolute everything. I am so completely shattered and in disbelief.

“I am so deeply touched by the outpouring of love and tribute from our friends, family, his fans and his peers.

“When the time is right and when this news is not as raw, I look forward to sharing more of Bob with the world.

“Sharing how much he meant to me, all of those around him, and how much all of his fans and friends meant to him as well.

“Thank you for respecting my privacy at this time,” she added.