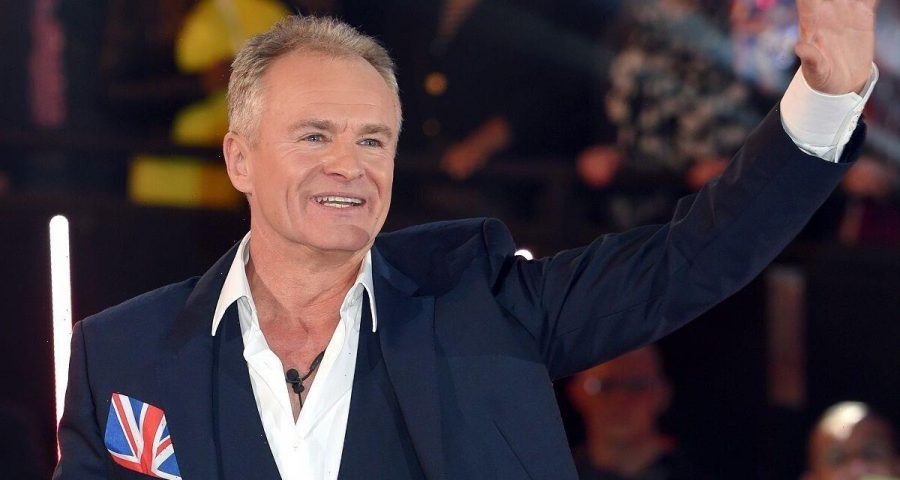 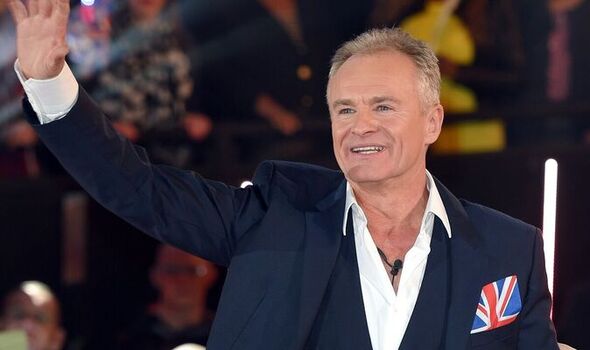 “My girlfriend is very poorly,” he tells me. “I’ve been with her for fourteen years, we’ve had our ups and downs but I love that woman. I want to talk about this. People say it must be tough to go on stage right now but I need it. I need ‘Doctor Footlights’ to stop me from thinking about the bad things. I need to work, to take my mind off it, and I do that by making people laugh.” Dr Jack Daniels occasionally helps too.

Middlesex-born Davro, 64, has been keeping audiences in stitches since the early Eighties. Best known as an impressionist, Bobby is also a gag-telling comedian, an actor, and an accomplished pantomime star – a veritable show business renaissance man.

Despite the hard-hitting machine gun rat-a-tat of his joke delivery style, Davro – real name Robert Nankeville – wears his heart on his sleeve. It’s not his place to talk about girlfriend Vicky Wright’s medical problems, he rightly says, but he adds, “I love her so much. She’s a special person.”

Vicky’s father was Wolves and England football legend Billy Wright, and her mother was Beverley Sisters pop star Joy Beverley. “They were the Posh & Becks of the 1950s. Vicky did a stage show about her father in October. She did so well, she filled the theatre in Cannock.”

The last few years have been rough for Bobby. He lost his beloved father, former Olympian Bill Nankeville, in January 2021 aged 95, and lockdown hit him hard.

“Covid wiped me out,” he says. “I had to lose my business, I had to sell up and move home.”

Davro’s work diary is fuller now. He is looking forward to starting pantomime this month with the eager anticipation of a child posting their first letter to Santa. “I love panto,” he says. “I can make whole families smile. You have to do material that the adults will get but the kids won’t. It’s very different from my normal act and I’m very proud of what I do.”

They should be worried. In previous pantos, Davro has dropped toy spiders on Cinderella mid-show.

For Dick Whittington at Southend, he sent his dog – trained to lick its own privates on command – on stage to do just that during the leading lady’s big romantic number.

“She was furious, but the audience laughed their socks off….”

This year? “I do a routine that started as an accident,” he says, his eyes twinkling with mischief. “I fell over in a kangaroo costume on stage and as I was trying to get up it started to look a bit rude.”

How so? “It looked like we were mating! The children didn’t see that, they just thought it was funny, but the adults saw it as something nearer the knuckle.”

“The show stands for what most people believe about comedy – that there should be a choice,” says Bobby after the recording at Southsea’s Gaiety Theatre. “It’s not fair being told what we should be laughing at.

“I think jokes are over-analysed and misunderstood by the snowflake brigade. They call them politically incorrect, it’s just a joke and people laugh because it reflects a reality.

“I do a whole routine about older comics called Still Alive At The Apollo.

“But I also love Buster Keaton, Laurel & Hardy, Harold Lloyd, Will Hay…I laugh my socks off at Steptoe & Son. The only valid criteria should be, is it funny?

“At the show, the audience were rocking. All ages. Nobody walked out, nobody was offended.”

Davro mimics McIntyre and John Bishop – “a lovely bloke” – in his act. “It’s important for me to be as contemporary as possible,” says Bobby, who was the first TV impressionist to pull off Julian Clary. “But I won’t apologise for stuff I did in the 80s and 90s because it was all acceptable then.

“Les Mis is brilliant, but I didn’t enjoy it. Ken Dodd was a genius, but he didn’t make me laugh like Freddie Starr did. If we all had the same taste how dull would that be?”

Davro’s talent for impressions was first noticed at school – he got the cane for mimicking his headmaster. As a trainee manager at a department store, he made staff chuckle with his Are You Being Served take-offs.

He was working at his father’s Davro Discount Stores when he decided to go semi-pro in the late 70s. His stage name Davro, taken from the shop was a contraction of his and his brother David’s names – Dav from David, Ro from Robert (Bobby).

His big break came when he stormed ITV’s Live At Her Majesty’s in 1983. This led to a six-year run of hit ITV Saturday night shows including Bobby’s Sketch Pad and Bobby Davro On The Box.

He excelled at the Royal Variety show in 1991, but his 1992 BBC1 series Rock With Laughter was axed after critical flak. He’s since moved on to ‘reality’ shows like The Games, Dancing On Ice and Celebrity Big Brother.

“The late 80s and early 90s were the golden years,” he says ruefully. “That’s when I earned the most. I had a beautiful home at 40…then my marriage went south…”

He and former model Trudi Jameson, the glamorous mother of his three grown-up daughters, divorced in 2003.

Their split shattered his confidence but Bobby bounced back when he joined EastEnders as Shirley Carter’s love interest, Vinnie Monks.

“I should have got a Bafta for kissing Shirley,” he quips, adding quickly, “a joke, Linda Henry’s lovely.”

Has he thought about working Vegas? “I did the ships for a while. The Americans don’t like it if they think you, as a foreigner, are mocking their politicians.

“As soon as I did their presidents, they took offence. ‘Who does this limey think he is?’.”

When he isn’t performing, Davro loves fishing, playing snooker and spending quality time with his daughters. A devout atheist, he has a serious side.

“I’m fascinated by geopolitics, and YouTube videos on the natural world. I love Einstein, and I love astronomy – I do a wicked Stephen Hawking, and Brian Cox has taken over from Patrick Moore in my act.”

He also laps up Gaelic football and the World Cup action. “South Korea are the only team who’ll be back before their postcards,” Bobby quips.

Next year he fancies doing more acting. “I did a play called Not A Game For Boys in 2015″ (Simon Block’s 1995 play revived at the King’s Head Theatre, Islington). That was a career highlight, along with meeting Robin Williams.”

Davro goes down a storm with younger comedy club audiences but says “I still do some gigs that don’t go as well as I’d like, especially corporate work because it’s such a different audience, but I love a challenge.

“It’s been a long time since I walked off stage in Blackpool to the sound of my own footsteps.