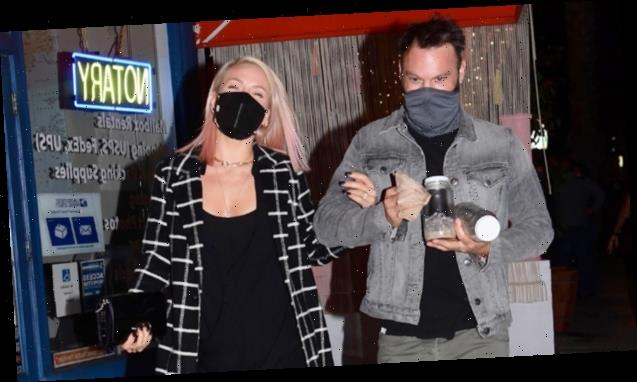 Brian Austin Green and Sharna Burgess chose a seemingly odd location for their latest date night. The hot new couple were spotted celebrating the opening of a new restaurant in Los Angeles… that’s owned by his ex-girlfriend, Tina Louise! All appears to be amicable between the exes, as Tina was even there to give Brian and Sharna a tour of the vegan Mexican eatery. 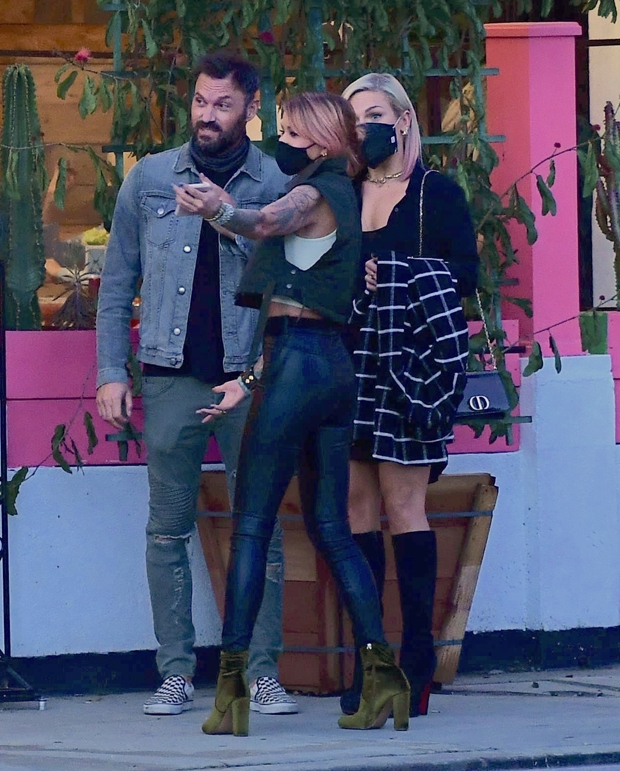 The BH90210 actor, 47, and his Dancing With The Stars flame spent about 30 minutes at the restaurant, where they happily chatted with friends as they sipped drinks and ate. Brian and Tina definitely weren’t try to avoid each other throughout the night. As he left Sugar Taco with Sharna at the end of their date, they stopped to chat with Tina, who gave them both big hugs. 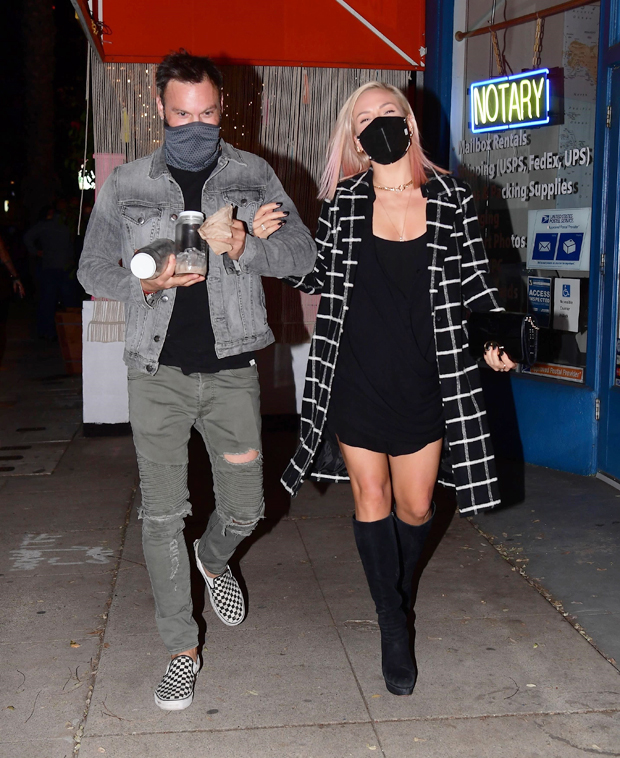 Brian and Tina dated briefly in summer 2020, shortly after his separation from wife Megan Fox. The actor and the Australian model split just one month after they were first spotted holding hands, allegedly because she was receiving a lot of hate from online trolls. It’s thought that she’s now dating Diddy after they were seen making out on the beach in October!

Sharna and Brian connected in late 2020 after being introduced by their shared business manager. The couple haven’t put a label on their relationship yet, but they’re both extremely happy, a source tells HollywoodLife EXCLUSIVELY. “He thinks she’s smart, funny, outgoing, and of course, absolutely stunning,” they said. “The possibilities are endless.”