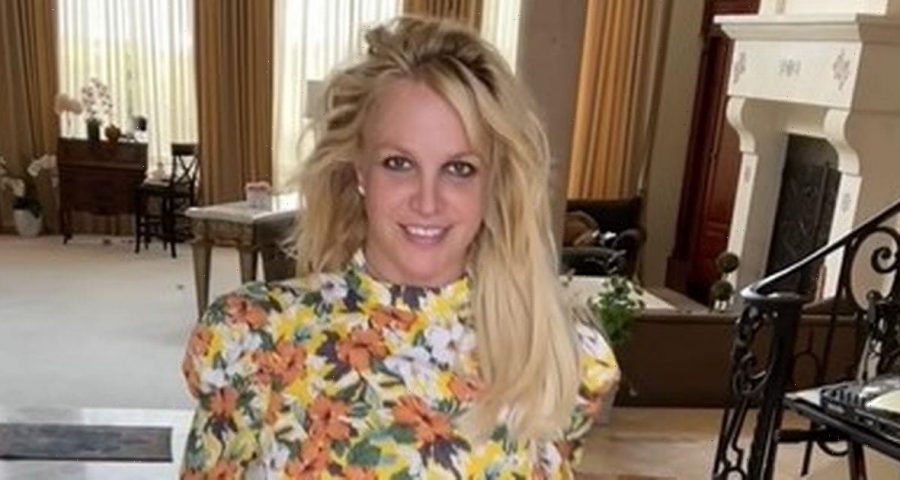 Britney Spears has reassured her fans that she's "still there" after a recent post shared on Instagram mysteriously vanished.

The hitmaker showed off her toned midriff as she strutted toward the camera before while wearing low-rise skinny jeans and a floral top paired with caramel-heeled shoes. And, in a classic Britney fashion, she placed her thumb inside her jeans while rocking from side to side as she smouldered with a gentle smile.

This comes after the 40 year old shared a clip on social media singing a new version of the hit tune, Baby One More Time, while stating that the rendition had been rejected for years. She then re-uploaded the sweet video that she had once shared with her 41.8 million followers.

In a caption she wrote: "Had to repost cause I woke up this morning and saw some posts weren’t there !!!I I mean it was just up yesterday !!! This is the tropical shirt from paradise and remember I never went home … I’m still there !!!"

A person commented: "Don’t let anyone delete your posts Britney!" Another asked: "Who is deleting your posts?"

A third quipped: "Oh lord, someone better not be posting for you!"

According to the Daily Mail, the performer had added a long, detailed caption explaining how her rendition of the hit was rejected for almost 14 years.

After asking and begging to let her create her own version, Britney explained that she was now being told to make it, but that it's "too late'" now.

"They ruined it for me, embarrassed me and made me feel like absolutely nothing," she wrote in her emotional caption.

The influential singer also stated that she hasn't "shared my voice in an extremely long time".

She also revealed that her producers and family "made a fool" out of her and that she no longer would be a "victim".

Britney, who is penning a tell-all book about her life and career, has made a number of shocking revelations, including stating that the conservatorship forbade her from coming off birth control and having a much-longed-for child.

In April this year, the Toxic singer announced that she was pregnant but tragically miscarried just weeks later.

Britney and Sam's wedding took place at the star's Los Angeles home in June and was attended by stars including Paris Hilton, Drew Barrymore and Donatella Versace, who designed the bride's wedding looks.

Her family – including dad Jamie, mum Lynne and sister Jamie-Lynn – were not present.