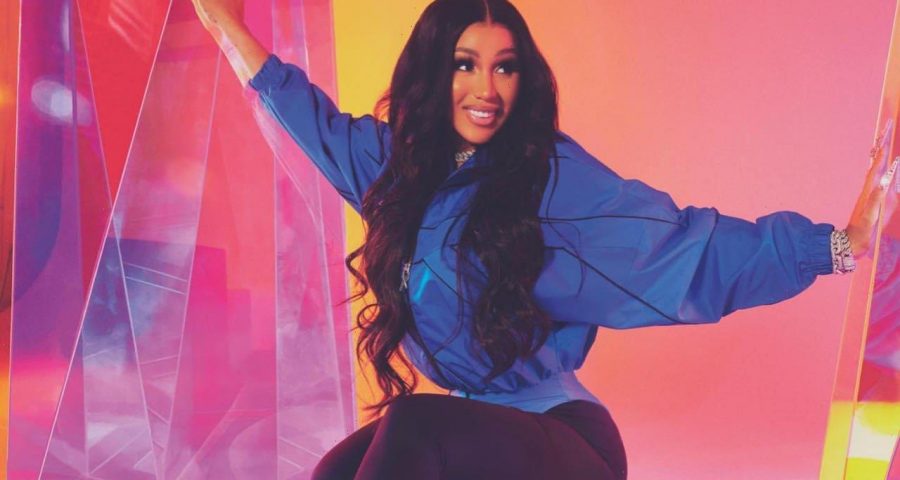 A California federal jury rejects claims that the ‘Bodak Yellow’ raptress misused a man’s image on the cover of her first 2016 mixtape album, ‘Gangsta B***h Vol. 1’.

AceShowbiz –Cardi B has gained a major legal victory against a man who accused her of humiliating him with “raunchy and disgusting” “Gangsta B***h Music Vol. 1” cover art. The New York native femcee has turned to social media to celebrate her win.

On Friday, October 21, the “Bodak Yellow” hitmaker made use of her Twitter to express her excitement. “I just won this lawsuit …Im soo emotional right now,” she wrote. “I wanna kiss Gods feet right now …..IM BEYOND GRATEFUL!!!!”

Earlier that day, a California federal jury rejected claims that Cardi misused Kevin Michael Brophy’s image on the cover of her first 2016 mixtape album “Gangsta B***h Music Vol. 1”. According to the jury, the cover art “did not violate plaintiff Kevin Michael Brophy’s publicity or privacy rights by depicting an altered photo of another man with Brophy’s unique back tattoo performing oral sex on the popular rapper.”

On Tuesday, October 18, Kevin told the jury in a courtroom in Santa Ana that he’s disturbed that something he takes great pride in has been plastered on something that “goes against everything I stand for.” He testified, “It felt like my Michelangelo was stolen off a wall and literally ripped off, robbed, and put where ever these people wanted to put it.”

The cover art for “Gangsta B***h Music Vol 1”, Cardi’s debut mixtape, was displayed to jurors. Cardi is seen sitting in the back of a car, staring into the camera, drinking a bottle of Corona beer while a man with a back tattoo has his head between her open legs.

Kevin further stressed that he worries his young son and daughter will eventually see the cover or that their friends will show it to them. “This was a long journey to get this tattoo. It took a lot of commitment. To see it in this light was a complete slap in the face and a complete disrespect to me and my family,” he said, before describing the cover art as “raunchy and disgusting.”

“It looks like I’m giving oral sex to somebody that’s not my wife, somebody that’s not my partner, and an image that I never signed off on, ever,” Kevin, who filed the copyright-infringement lawsuit in federal court in southern California in 2017 and is seeking $5 million in damages, told the court. “Being a father of two and a devoted husband and a man of faith as well, this goes against everything that I stand for, and I would never ever sign off on something like this.”

“For me, it was something I took a lot of pride in,” Kevin said of his tattoo. “Now, that image feels devalued. I feel robbed. I feel completely disregarded. There’s a lot of things I would like to be spending time on. But the only way to get this removed was to come here to this courtroom.”

Cardi’s lawyer, Peter Anderson, denied that Kevin’s image had been used for the cover art, noting the model in the image did not have tattoos on his neck whereas Kevin does. “[Kevin’s] face wasn’t on the mixtape,” Peter said during his opening statement. “She was already popular. It has nothing to do with [Kevin].”