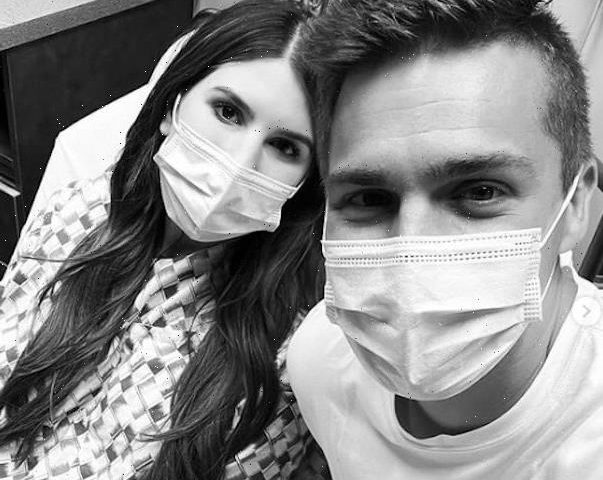 Carlin Bates was rushed to a hospital in Nashville on Saturday night.

And while we’re still awaiting further details about what happened to the reality star, to go along with an update on how she’s doing at the moment, we must unfortunately admit:

“Carlin had a really bad episode tonight and was rushed by ambulance to a Nashville hospital,” wrote husband Evan Stewart as a caption to a photo of his wife on Instagram.

As you can see below, Evan also urged folks to “PLEASE PRAY,” while adding:

“I just got back with her a little while ago. She is doing OK. But we really covet your prayers in hope of finding answers. Thank you!”

There have been no specific updates about Carlin since this post.

Just five days ago, however, Carlin explained to social media followers why she often been under doctors’ care of late.

“Little update: I have been in and out of the hospital over the past week trying to figure what is causing me to pass out and have seizure like symptoms,” she wrote last week.

“The doctors have run multiple tests and haven’t been able to diagnose the problem, but we have been able to rule out a lot of scary things.

“I’m so thankful for the people closest to me helping me through this, but most of all for God’s protection this far. I am wearing a heart monitor that has been able to record when these episodes happen, and I am also going to an appointment with a neurologist.”

Concluded Carlin at that time:

“Thank you to everyone who has sent me a message praying for me and also for sharing your personal experiences that have been so helpful.”

On Sunday, meanwhile, Whitney Bates — who is married to Carlin’s oldest brother, Zach — wrote about her sister-in-law on Instagram, telling fans:

“We keep in touch with her just about every day or so, checking in to make sure she is doing OK.

“We are just continually praying for her health and praying God has his hand of protection over her as they continue to try to find answers!”

Whitney went on to also ask the public to speak to the Man Above in honor of her loved one:

“She’s hanging in there and being a total trooper and has the best husband and support system.

“Please keep her in your prayers and I know she appreciates each one of them!”

Carlin and Evan welcomed their second child, a son named Zade, on March 28. They are also parents to a two-year old daughter named Layla.

The official Bates Family social media account has not posted any updates on Carlin’s well-beiing.

However, the reality stars and parents of 19 left a Comment on Carlin’s original post about her health prior to this latest hospitalization.

“I know this is so frustrating and so scary, but we are all here for you!” they wrote back then.

“We are gonna keep praying and searching until we find out what we can do to help stop the seizures and fainting!

“We love you so much! You are a trooper! You’ve had the best attitude through all of this.”