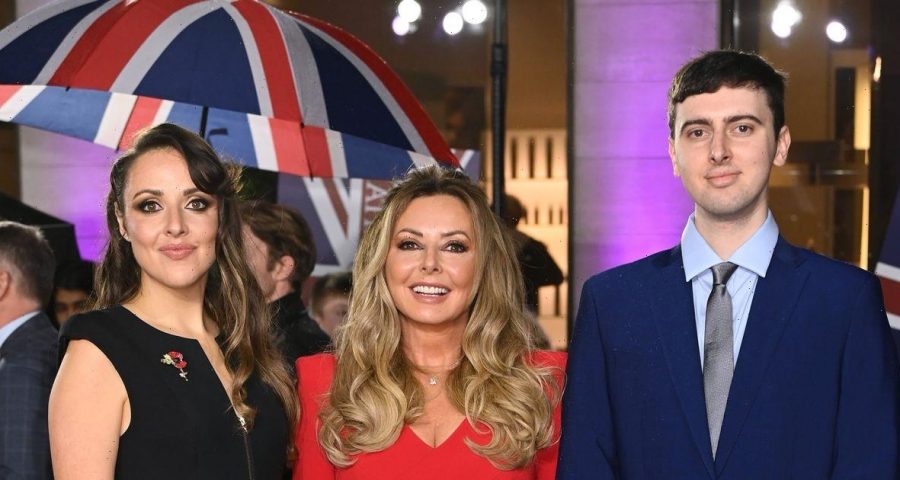 Carol Vorderman, who was the host of this year’s Daily Mirror’s Pride of Britain Awards, was photographed on the red carpet at the event alongside her rarely-seen son and daughter.

The TV presenter looked stunning on Monday night as she showcased not one, but two dresses during the annual event.

Carol, 61, was joined on the red carpet at Grosvenor House in London by her children, 31 year old Katie and 25 year old Cameron.

Katie looked elegant in a simple black dress, while Cameron kept it sleek in an all-blue suit.

Carol shares her children with management consultant Patrick King, whom she married in 1990 before separating 10 years later in 2000.

Carol revealed her pride last year when Cameron, who struggled with learning difficulties throughout his education, completed his master's degree at Dundee University.

Meanwhile, Katie, who Carol has nicknamed "Dr Nanobot", celebrated her daughter getting her PhD from Cambridge University this summer.

On Sunday, Carol offered fans a look behind-the-scenes at the Pride of Britain Awards as she attended a fitting alongside Diversity frontman Ashley Banjo, who also hosted the show.

She told her 274k Instagram followers: "In the spirit of hand me downs and sustainability… @ashleybanjogram and I are wearing beautiful outfits for this years Pride of Britain which we’ve worn previously.

"Last year I wore this stunning red dress made by @suzanneneville on the stage to host the show. This year we’re adding a simple chiffon train and wearing it on the red carpet. I’m so happy for two reasons. I really love this dress….and it still fits. Ha."

Carol further explained that the choice to wear a previously worn dress stems from the entire event moving to be more green.

She said: “We’re doing things a little bit differently this year, we’ve been working hard to make the whole event as green as we can.

“As part of that, for my red carpet and on-stage outfits, I’m wearing two dresses that I have worn before, so we’ve upcycled two of the amazing dresses that have been made for me.”

And it’s an idea she is fully behind, adding to The Mirror: “I love it, I wouldn’t buy any new clothes if it was up to me.”

Carol said: “At Pride of Britain we always reflect what is going on in Britain as much as we can. Given the cost of living crisis, people have to cut back so it is only right that we recycle these dresses.”