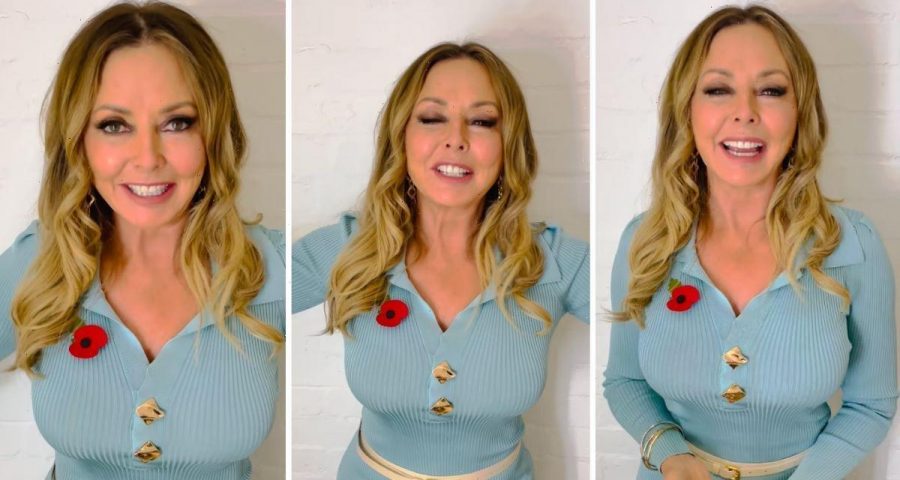 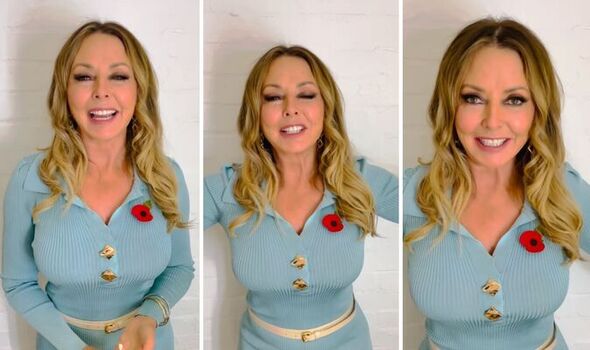 Carol Vorderman, 61, has taken to Twitter in tribute to the anniversary of her time on Countdown. It comes in time for the Channel 4 game show’s 40th birthday.

The show was originally hosted by the late Richard Whiteley, with Carol making her TV debut as his co-presenter.

Taking to Twitter, Carol paid tribute to the show that helped launch her TV career.

She said: “Happy Birthday to me, 40 years on the television, who’d have thought it?

“My first appearance was on Countdown doing the numbers, Countdown was the first show on Channel 4, November 2nd 1982.

Carol looked incredible as she wished the show well, as she wore her figure-hugging pale blue ribbed knit dress.

It had cream buttons and a collar, and Carol showed off her slim waist with a cream belt.

Carol completed her look with her blonde hair in loose waves and smoky eye make up.

As she took to Twitter, she said: “Happy birthday to me, 40 years on the television”

It marked the 40th anniversary of the show as well as her television debut.

She completed her look with classic blonde hair and smoky eye make up.

Carol Vorderman’s first appearance on the show was in 1982

Carol Vorderman has since appeared on Have I Got News For You and Lorraine.

Carol Vorderman has also been a newspaper columnist

The star also has had columns published for The Telegraph and The Mirror.

She is an honorary group captain for the Royal Cadets.

Carol Vorderman is an ambassador to the Royal Air Force Cadets

She said of it: “The cadets themselves are a shining example of the best of British youngsters.”