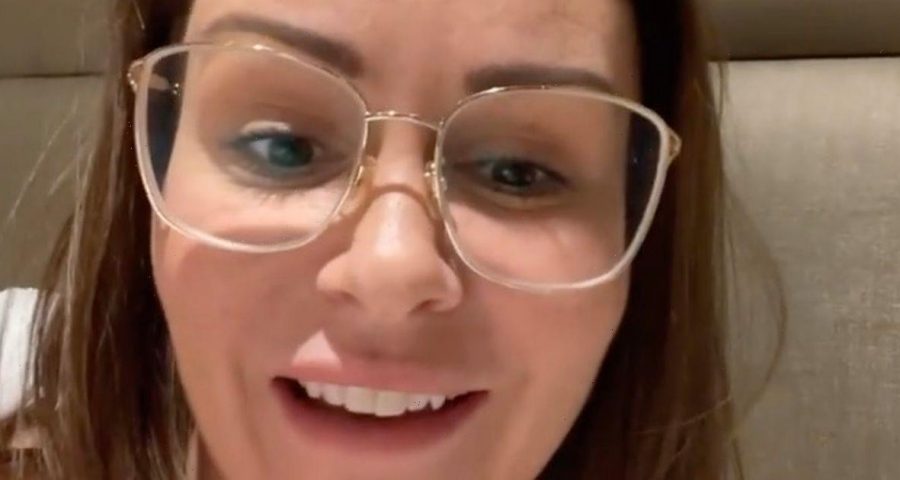 Chanelle Hayes has revealed she is studying to become a nurse, 14 years after rising to fame on Big Brother.

The Big Brother star entered the house in 2007, when he was just 19. And she has continued to enjoy fame since leaving the house.

Now, in a question and answer session Chanelle opened up on her studies and new career venture.

Speaking in a video shared on her Instagram story, she told followers: "So I'm currently doing an adult nursing degree.

"I did my access course last year and it's a lot. But, it's actually… It prepares you really well for uni."

Chanelle, who recently revealed her 8 stone weight loss journey has been a "difficult road", went on to answer more questions from fans.

One asked: "Would you become an advanced nurse practitioner after your degree".

"Yes indeed," Chanelle said in response. "That is exactly what I plan to do so by the time I'm 40 I'll have a career that I probably should have had by the time I was 25 but whatever."

Chanelle was also asked by one follower how she found the biology part of her degree.

She shared a Boomerang video of her putting her hand over her face and wrote on top: "Thinking of getting a private tutor but unsure when I can fit that in" followed by a string of laughing emojis.

The Big Brother star was also asked if she was studying at Open University and she explained: "No, I didn't even think about the Open Uni courses, actually.

"I quite wanted the uni experience because I never got to do it when I went in Big Brother. So I actually attend uni, when I'm allowed to obviously – Covid's ruined a lot."

Chanelle sky-rocketed to reality TV fame after appearing on Big Brother. She later appeared on a number of TV shows, including Chanelle: Wannabe Popstar, where she was followed by cameras as she made her first single, I Want It.

Recently, the star appeared on Loose Women to discuss her gastric surgery, which she said was a "last resort".

She told viewers in July: "It is a drastic step, I feel as though it was the very last resort… I tried everything I could before doing that, really, I dieted, lost weight, [then I would] eat again and gain weight.

"It was much worse on my body, overall, than the risks from the surgery. It's only a tool, I can eat through it, I have got ongoing therapy for five years as part of a package where I got the operation done.

"The physical restriction has enabled me to have a safety net… I can use it for moderation, like you would or most people, but I can't predict the future though!"

For the latest updates on Chanelle Hayes and many more showbiz stories, sign up to our daily OK! newsletter.