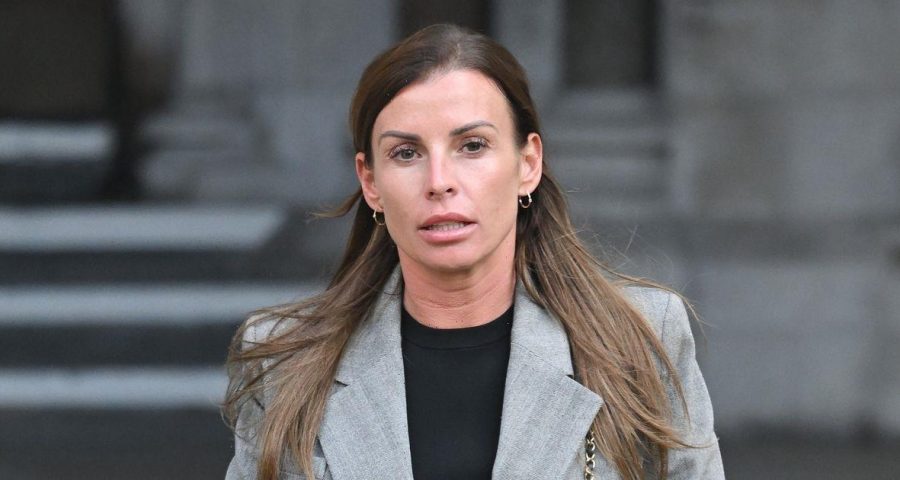 The Wagatha Christie libel trial involving Rebekah Vardy and Coleen Rooney is set to be adapted into a drama series for Channel 4, bosses have confirmed.

In May, the high-profile case went ahead in court as Coleen, 36, sued Rebekah, 40, for libel after she accused her Instagram account of leaking fake stories about her to the press in October 2019.

Rebekah vehemently denied the allegations and is suing Coleen for libel. A verdict on the trial is currently being awaited.

As the two women wait the result out, it has been announced that a Channel 4 drama is being developed that will reconstruct the case for viewers to digest.

The series is titled Vardy v Rooney: A Courtroom Drama and will be told in two parts, with courtroom scenes recreated alongside analysis of the media handling of the infamous trial.

Verbatim court transcripts will also be used as a basis for scripts for the show.

Director of the upcoming drama, Oonagh Kearney, said of the series: "This trial utterly captivated the public with its daily feed of entertaining exchanges and jaw-dropping reveals.

"But behind this, is a story of two women under constant public scrutiny, fighting for their reputations."

Creative director at Chalkboard, Tom Popay, said: "The court case captivated the entire nation but very few people actually got to see what happened inside the courtroom.

"We’re excited to bring the trial to life in such a unique way and we’re hoping we can get to the bottom of how this case fascinated and amazed so many."

While Rebekah, her husband Jamie Vardy, Coleen and her husband Wayne Rooney will all be portrayed in the drama, the actors playing them have yet to be confirmed.

OK! has reached out to a Channel 4 representative for comment.

This news comes after it was reported last month that the Wagatha Christie libel trial would be turned into a documentary.

According to a source, a documentary about the case has already been in the works with channel Discovery+.

They said: "Discovery+ are making a documentary about Wagatha Christie. They’ll be speaking to the legal teams from both sides, including David Sherborne, as well as friends and family."

They mentioned that another celebrity would also be involved, as they added: "They also want to get Peter Andre involved – and other people who were brought up in the case.”

Peter Andre was referred to in quotes made by Rebekah during the trial, as she called his manhood a "miniature chipolata" and labelled him "the worst lover”.