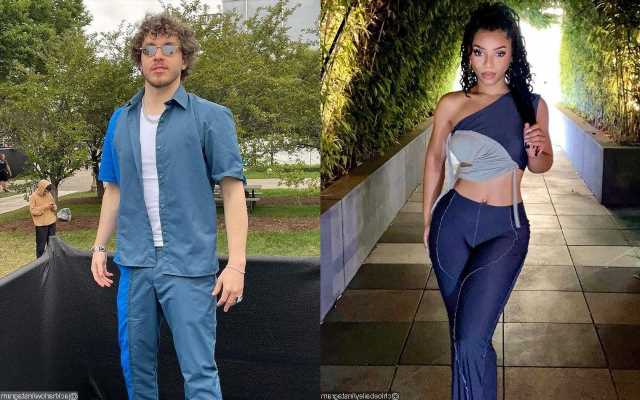 The speculation arises after an anonymous source claims to have spotted the one-half of Chloe x Halle and the ‘Whats Poppin’ singer spending time together in Atlanta.

AceShowbiz –Chloe Bailey and Jack Harlow may have more things in common than just their same age. The young stars, who are both 23 years old, are rumored to be romantically linked to each other after they were reportedly spotted together in Atlanta.

The speculation about their relationship was first brought forward by Deuxmoi, which received a tip from an anonymous source about their alleged sighting during a supposed dinner date. In an email sent to the gossip outlet, it was said that the two were recently seen entering a private room at Italian restaurant Valenza. 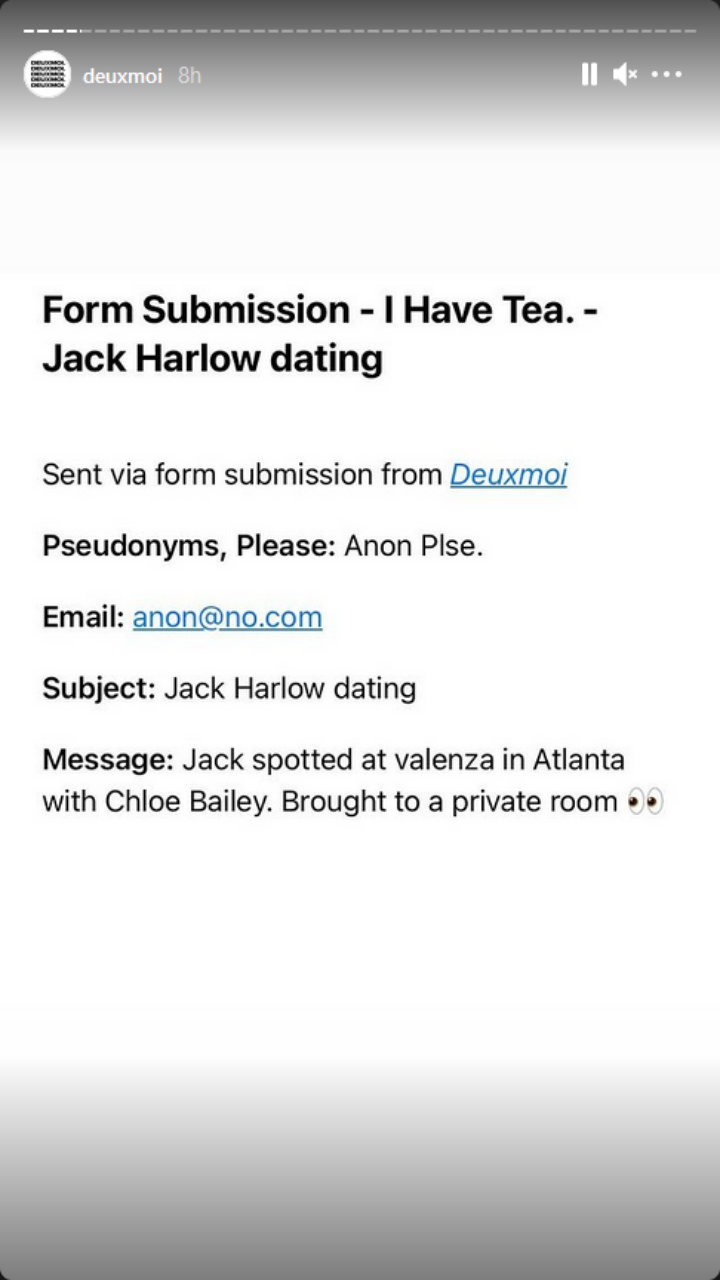 Other details about their alleged date night are currently not available as neither Chloe nor Jack has responded to the dating rumors. The one-half of Chloe x Halle was previously reported to be in a relationship with Diggy Simmons, her former co-star on “Grown-ish“.

The two never confirmed the dating rumors, but later Chloe x Halle released a song titled “Busy Boy”, which further fueled the speculation. The song’s lyrics hinted at a personal story involving Diggy as the sister duo admitted that being in love and being heartbroken served as their inspiration for the said track.

Fans also accused Diggy of cheating on Chloe as she sings about an ex who cheated on her and got his side chick pregnant in another song of the duo’s album “Ungodly Hour”. “It’s four o’clock/ You sendin’ me too many pictures of your… (Oh)/ Baby, are you drunk?/ Or did you mean to send it to another girl? (Another girl),” the lyrics go. “And by the way/ I think I just stumbled on your girlfriend’s page (Oh, no)/ Congratulations/ She sayin’ that the baby comin’ any day.”

Over on “Do It”, her sister Halle Bailey sings, “No drama, no baby mamas.” While they don’t name the cheating ex on any of the songs, Diggy raps about getting someone pregnant on 2018’s “Momma Love”, which people put together to complete the missing pieces.