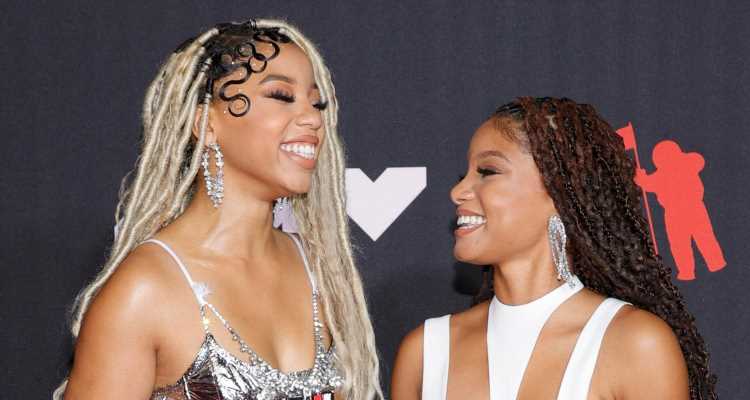 The 23-year-old singer and actress kicked off her solo music career earlier this year, and even just teased that “there’s a lot more to come.”

Chloe has been releasing music with her sister Halle, of course known as Chloe x Halle, but with her releasing solo music, many have wondered if this is the end of their duo.

In a recent interview, Chloe shared that this is definitely not the end of the Grammy award-nominated duo Chloe x Halle.

“Just because we go off and do our own solo things doesn’t mean that we’re broken up,” she told Apple Music’s The Dotty Show. “When sis went to London we didn’t break up. In that time we both had separation anxiety and I was like, ‘I miss my sis. What do I do? What do I do?’”

“I had to do a lot of soul searching to figure out okay, what’s my purpose. I didn’t really know who I was without my sister,” Chloe continued. “And I had to really find that, and within the music. Music has literally saved my life. I say that every time.”

“People always ask me well, what does that mean? And I never want to get too deep into it because if I do I’m going to start crying, but I found myself in the music and it’s been very therapeutic for me,” she said. “And I just was sitting on it and making music and I was like well, I can’t just have it sit on my hard drive. We were apart for so long so I was like, well maybe it’s time. So then that’s what happened.”

Back in September, Chloe x Halle hit the stage together and performed their music at 2021 Global Citizen Live. Watch them perform “Do It” HERE!