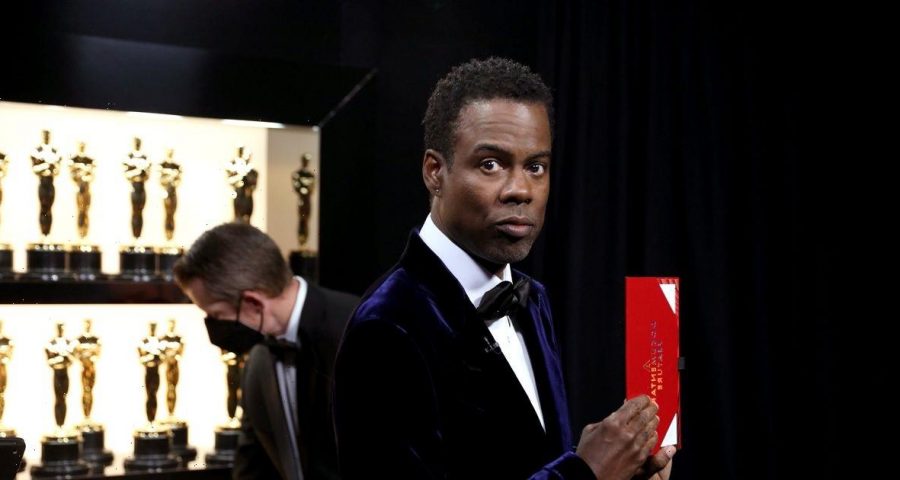 Comedian Chris Rock has cracked a joke about Will Smith after fellow comic Dave Chappelle was attacked by an audience member on stage at the Hollywood Bowl in Los Angeles.

Chris, 57, was slapped by Will Smith on stage at the Oscars in March. He has remained tight-lipped on his reaction to the incident until now.

However, he has now made a joke about the on-stage slap following 48 year old Dave's attack, which happened midway through a gig.

Video footage shared to Twitter shows an audience member run on stage and attempt to tackle the comedian to the ground as he is performing a set.

A man who was reportedly armed with a gun and a knife was taken into custody.

Following the attack, Chris supported his comedian pal as he jokingly said: "‘Was that Will Smith?’"

Comedian Dave, was unharmed during the incident on stage the infamous LA venue where he was performing in a night filled with comics sharing their stand-up.

The intruder on stage comes weeks after the Oscars, where Chris was slapped by Will, 53, in reaction to a joke the star made about Will's wife Jada Pinkett Smith.

Fresh Prince star Will was later banned from attending the prestigious awards ceremony for a decade.

Chris has not yet shared an official reaction to the incident and instead has been providing comments and quip, which went viral, throughout his comedy tour across the United States.

Just days after the on-stage Oscars slap, the comedy legend appeared teary in Boston for his comedy performance.

Greeted with two standing ovations, Chris got emotional and said: "Let me be all misty and s**t".

He later added to the audience: "I don't have a bunch of s*** to say about that, so if you came here for that… I'm still processing what happened, so at some point I'll talk about that [expletive]. It'll be serious. It'll be funny, but right now I'm going to tell some jokes."

During another of his performances, the comedian told an audience: "I’m OK, I have a whole show and I’m not talking about that until I get paid."

Actor Will has publicly apologised for his actions in a statement which read: "I would like to publicly apologize to you, Chris. I was out of line and I was wrong. I am embarrassed and my actions were not indicative of the man I want to be. There is no place for violence in a world of love and kindness."

Meanwhile, comedian Dave was able to continue with his set after the reported assailant had been surrounded by security and taken away in an ambulance.

Dave later told the audience: "I don’t know if that was part of the show. I grabbed the back of that n****s head, his hair was spongy, absorbent. Listen, I just want to say I’ve had an incredible time."

The comedian has been at the centre of controversy and criticism in the past few years following his comments made about the transgender community.