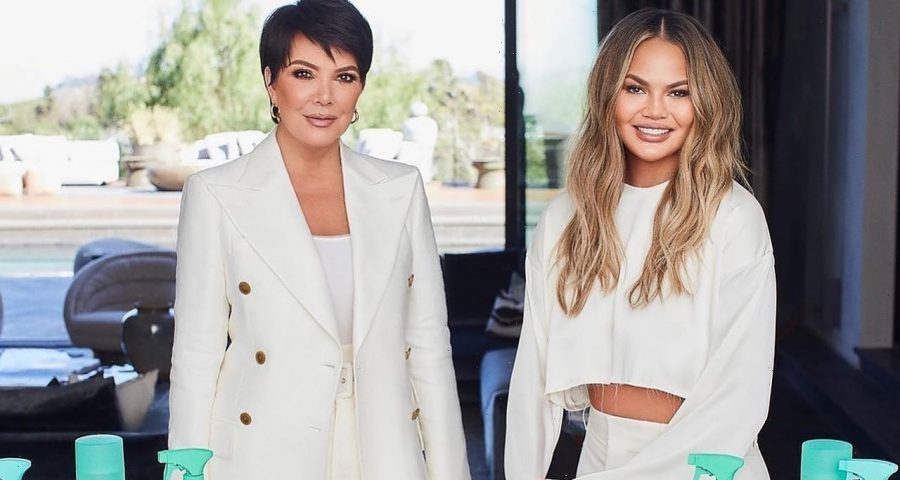 The celebrity cookbook author has decided to leave the home cleaning business she previously launched with the ‘Keeping Up with the Kardashians’ matriarch amid bullying allegations.

AceShowbiz -Model and TV personality Chrissy Teigen has parted ways with bosses at the home cleaning company she launched with Kris Jenner earlier this year (21).

The star originally launched plant-powered product line Safely, which also included a number of self-care items, with reality TV matriarch Jenner and Good American co-founder and CEO Emma Grede in March, but she has since decided to quit the firm.

In a statement posted online, officials wrote, “Chrissy will be stepping away from Safely to take much needed time to focus on herself and be with her family. We fully support her decision and are so thankful for her contributions.”

“The brand will continue to move forward and focus on our important mission of bringing high quality, hard-working cleaning products to all American households.”

The news comes as Teigen continues to deal with the fall out from her past Twitter posts, in which she admitted to bullying a number of celebrities a decade ago.

She issued an updated, lengthy apology on the Medium blog on 14 June (21), but then became embroiled in a new controversy with fashion designer Michael Costello, who claimed he was left suicidal in 2014, when Teigen allegedly tried to have him blacklisted from the fashion industry over an allegedly made-up Instagram comment in which he appeared to use a racial slur.

Teigen, her representatives, and even her husband, singer John Legend, fired back at Costello, accusing him of fabricating direct messages from the mother-of-two, who insisted she had “no idea” what the designer was doing, as she threatened to take legal action to end the online back-and-forth.

Costello responded on Friday by claiming he has plenty of “receipts of emails and confirmations” to prove his side of the story although he refused to continue fighting and announced a break from social media for his mental health.