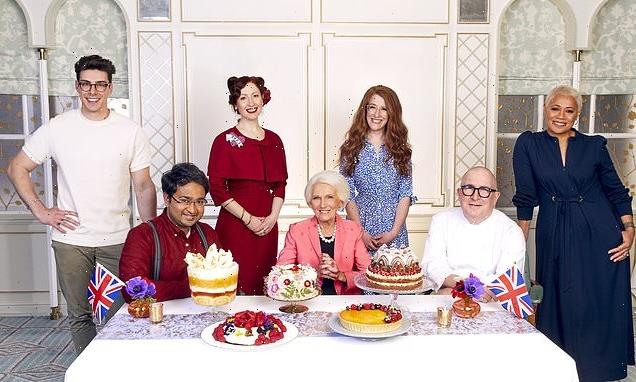 The Jubilee Pudding: 70 Years In The Baking

Secrets Of The London Underground

And the winner is . . . well, nobody asked me to judge, but for the recipe to celebrate the Queen’s 70-year reign, I’d have to plump for a Kitchen Sink.

That’s what judges of the 5,000 entries in a national competition dubbed the most extravagant confections — ‘a tart with a cake in it and a meringue on top,’ as one chef described it.

Sounds perfect. I want mine with custard and three scoops of ice cream.

Dame Mary Berry and Monica Galetti headed the panel on The Jubilee Pudding: 70 Years In The Baking (BBC1), after the 5,000 had been whittled down to five.

They had a practically impossible task. 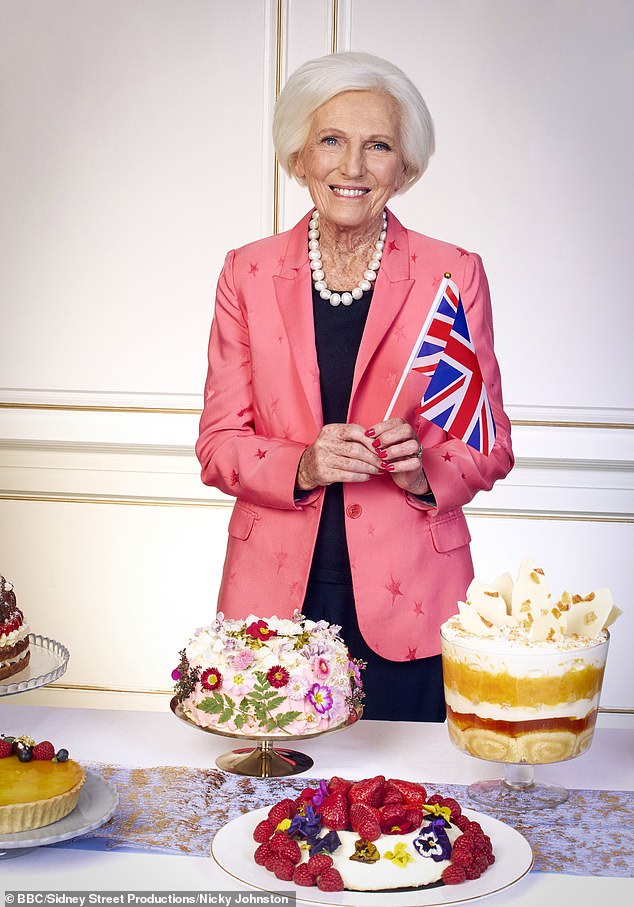 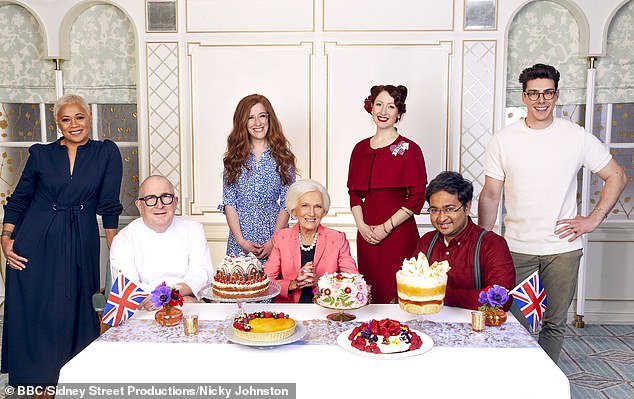 Sam, a lawyer in a zip-up leather T-shirt dress, drenched her crown-shaped sponge in Dubonnet, Her Majesty’s favourite tipple, while musician Kathryn, a busy mum, layered cheesecake on to shortcrust pastry.

And Susan, who works for the National Trust, brought a little of everything to her Four Nations pudding: Northern Irish butter, Scottish berries and English rhubarb on a base of Welsh cakes.

But I’m not sure how easy any of these recipes will be to copy at home.

The glory of a Victoria sponge, invented to honour our Queen’s great-great grandmother, is that anyone can bake it.

The sky-high standard of entries was emphasised when we saw a couple of the runners-up. 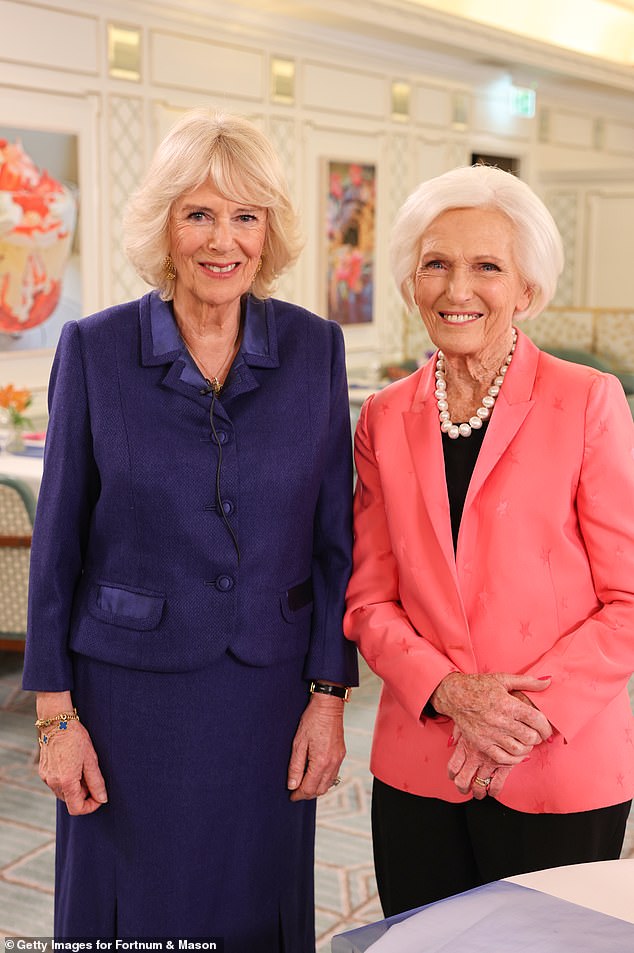 Valerie produced a Charlotte Russe with a glazed topping so smooth you could use it as a mirror.

Oliver, ten, had the ingenious idea of layering crepes and cream, in a spectacular pancake stack.

That boy is a future Bake Off winner.

Bake Off features three rounds each week, but here there could only be one tasting before the Duchess of Cornwall arrived to announce the winner.

To fill some space, cake historian Regula Ysewijn, who might have the best job in the world, delivered a lecture on the history of desserts in the New Elizabethan era.

From lemon meringue and pineapple upside-down cake in the 1960s, to cupcakes in the Noughties, it brought back delicious memories.

Less appetising was the Coronation chicken whipped up by Angela Wood, who was 19 when she helped to develop the original recipe in 1953.

Sorry, Angela, but I always think it looks like cat food.

More history was served up by the boyishly enthusiastic Tim Dunn, in Secrets Of The London Underground (Yesterday). 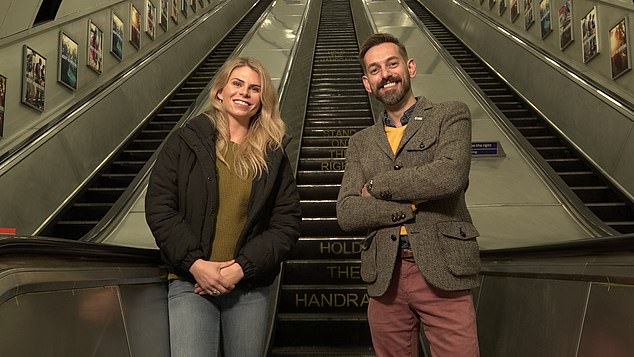 Exploring the Waterloo and City line, which shuttles between Waterloo and Bank stations, Tim discovered a cavern deep below the surface, where the engines turn around.

‘Be still my beating heart!’ he sobbed with joy. 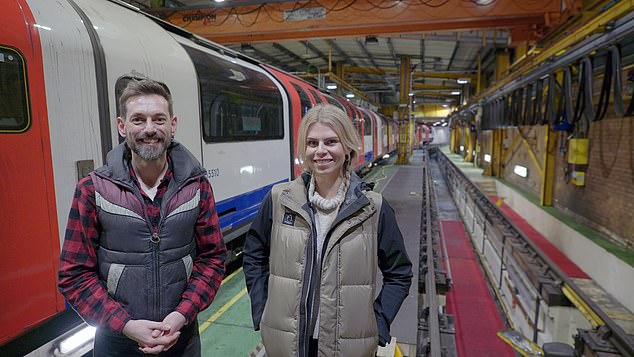 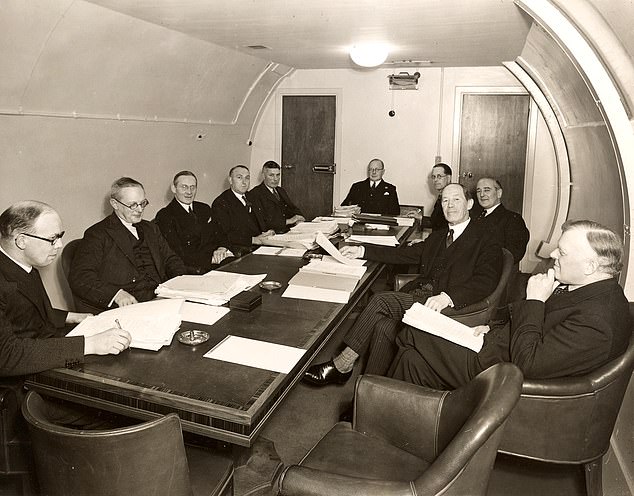 A disused underground Down Street Station in Mayfair, London was used during the Second World War as a bunker by the Prime Minister, Winston Churchill, and the war cabinet

He and co-presenter Siddy Holloway rode on the moving walkway at Bank, introduced in 1960 to propel men in bowler hats to their offices.

Then they walked the length of the tunnel, about a mile-and-a-half.

As it was the weekend and there were no commuters around, engineers helpfully turned off the electric rail.

I got the feeling that, if some catastrophe had occurred and Tim was fried to a crisp, he would have died a happy man.

He was in his element, inspecting designs for the colourful maquette cloth, hardwearing and velvety, that is used for the carriage benches.

Apparently, their geometric patterns are meant to counter motion sickness.

Fancy that. I thought they were doodles.