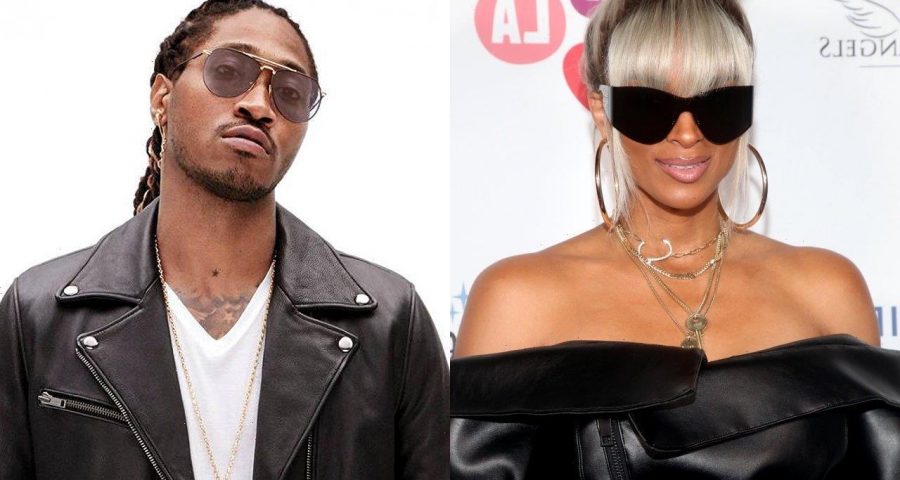 The ‘Level Up’ hitmaker turns to her social media platform to clap back at publications that ‘misquoted’ her when speaking about her past relationship with her former fiance.

AceShowbiz –Ciara is setting the record straight. The “Level Up” songstress has slammed publications for twisting and misquoting her comments about her past relationship with her former fiance Future.

Ciara went on stressing, “Nothing worse than being misquoted. But that’s life…,” and concluding, “Click bait I tell ya.” In a following Story, the “Get Up” singer warned her fans against false headlines. “Walk that way with me please,” she wrote along with a bunch of finger pointing to the right emojis as well as smiling face with hearts and folded hands emojis. 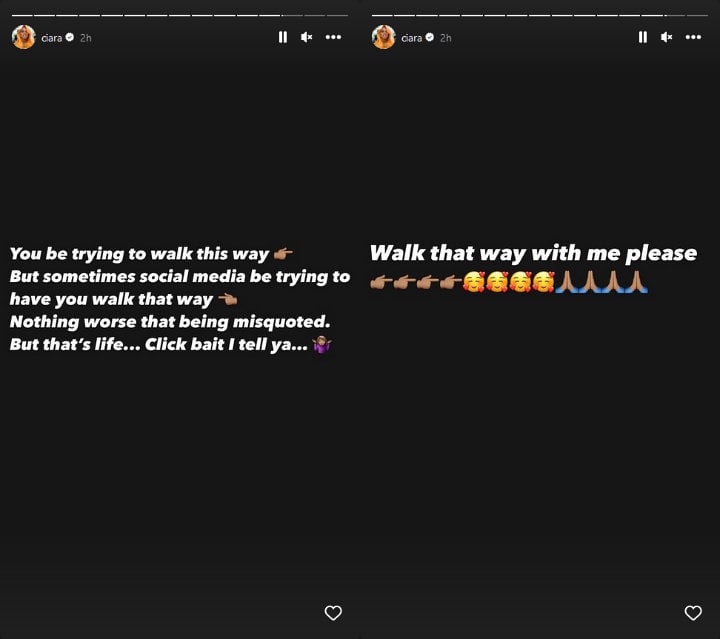 Meanwhile, in the candid conversation, Ciara was talking about self-love and putting more focus on herself. “I told myself I’ve got to figure out how to navigate in the next chapter of my life,” she began. “All the things I was aspiring to have at that time, even thinking about love, I was like, it’s going to happen when it’s supposed to.”

Ciara and Future were engaged briefly before ending their relationship in 2014. Cici quickly moved on following an ugly public split from Future to start dating NFL quarterback Russell Wilson after they met at a University of Wisconsin basketball game in early 2015. The couple got married a year later in 2016.